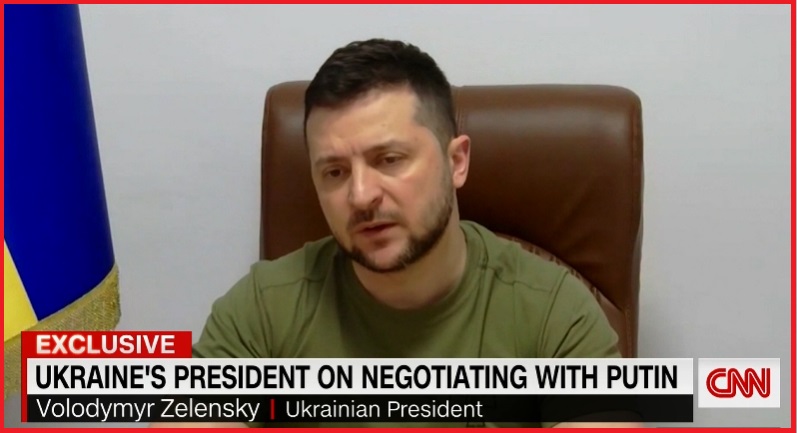 In an interview with CNN, Zelensky spoke about his prior communication with Joe Biden and NATO leadership. Within the interview Zelenskyy said (emphasis mine):

“I requested them personally to say directly that we are going to accept you into NATO in a year or two or five, just say it directly and clearly, or just say no,” Zelensky said. “And the response was very clear, you’re not going to be a NATO member, but publicly, the doors will remain open,” he said. {CITATION)

So, here’s the question. If what Zelensky is now claiming, that Biden and Company and NATO told him Ukraine was NEVER going to be allowed to join NATO is true WHY the HELL did Zelensky refuse to acknowledge this and why did this FOOL instead make a decision that has led to thousands of his citizens being killed and millions being displaced?

Perhaps we need to look no further than our little “hero’s” moves just yesterday in which HE OUTLAWED ALL other political organizations AND in which he decreed ALL News Networks would be combined into ONE STATE RUN NEWS OUTLET?

Yeah…tell us again about what a great “Democracy” Ukraine is….