ZAMBIAN PRESIDENT Michael Sata dies in London where he was being treated for undisclosed illness, Reuters and Zambian media outlets report. 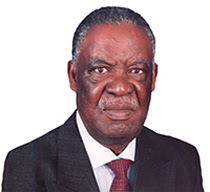 The Fifth Republican President of Zambia Michael Chilufya Sata passed away this evening in London, as confirmed by multiple sources among the delegation.

President Sata, who had been receiving medical care in London for the past week, died at approximately 2100 hours local time on Tuesday night.

Just two days earlier, he had checked out of the Harley Street Clinic to receive private medical care in a central London hotel room.

The president’s health had been the subject of numerous conflicting reports in the media and contradictory statements by Patriotic Front (PF) government officials for many months. Recently the president was unable to address the United Nations General Assembly, and was forced to depart Zambia just two days before the the 50th anniversary of independence.

Michael Chilufya Sata was born in 1937 in Mpika, Northern Province. President Sata was a significant figure in Zambian politics for more than 20 years. The former trade unionist defected from Kenneth Kaunda’s United National Independence Party (UNIP) in 1990 to join the Movement for Multiparty Democracy (MMD), and later became Minister for Local Government (1991), Minister of Labor (1993), and Minister of Health (1994) under President Frederick Chiluba. He was elected president in September 2011 under his own party, the Patriotic Front.

Upon departure from Zambia, his Minister of Defence and Minister of Justice Edgar Lungu was appointed Acting President, though it is not clear who will serve following his death given a constitutional clause on parentage which may nullify Vice President Guy Scott.

Zambia Reports will continue following this breaking story and provide updates here as they become available.

UPDATE 4:43AM – A source close to the government tells Zambia Reports that in the early evening on Tuesday, President Sata experienced a sudden onset heightened heart rate and nausea. He was then admitted at approximately 1800 hours to King Edward VII’s Hospital Sister Agnes, an elite private hospital in the City of Westminster, however the doctors were unable to help for very long, as the president expired at 2100 hours, the source says.