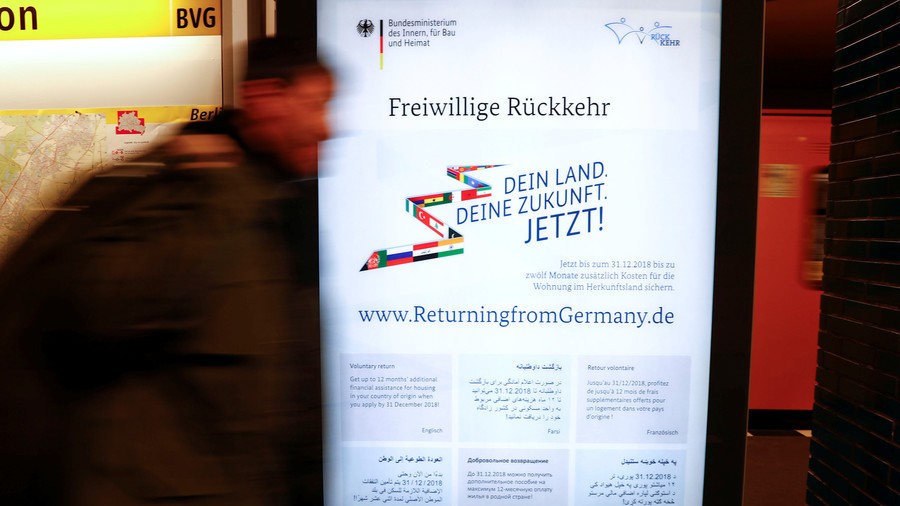 As Germany still struggles to balance its migration policy, the Interior Ministry has apparently decided to take one of the issues into its own hands and, through an ad campaign, boost the numbers of voluntary repatriations.

As Germany still struggles to balance its migration policy, the Interior Ministry has apparently decided to take one of the issues into its own hands and, through an ad campaign, boost the numbers of voluntary repatriations.

The ministry, led by Chancellor Angela Merkel’s Bavarian ally Horst Seehofer, decided to lure potential repatriates with a supposedly bright future awaiting them in their countries of origin – as well as a sort of a complimentary gift should they agree to go home voluntarily.

The ads, which were placed on the billboards in major German cities in mid-November, featured a cheerful slogan that read: “Your country! Your future! Now!” 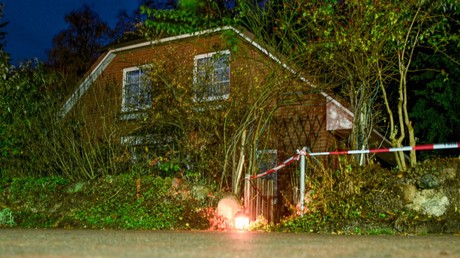 The ads also offered those who grab the unique opportunity before the end of 2018 a bonus in the form of the German government paying their rental costs in their countries of origin for the next year. In return, the refugees have to take back their asylum applications and renounce further legal proceedings to remain in Germany.

The unusual move was apparently prompted by a rapid decline this year in voluntary returns among migrants and asylum seekers. In 2017, 29,000 people joined the voluntary return programs, but this year the figure drastically fell to just 14,000 by the end of October.

It remains to be seen whether the ministry struck a chord with the people it sought to reach out to, but it has already clearly sparked a backlash.

“The latest campaign of the interior ministry looks like a sort of a winter sales and that is cynical,” Konstantin von Notz, the deputy head of the Greens faction in the Bundestag, told Berliner Morgenpost daily. “It is apparently aimed at concealing [the ministry’s] own failures and improving the figures related to people, who voluntarily left the country, before the end of the year.”

Ordinary people seemingly did not appreciate the initiative either, with many interpreting the true message behind the slogan as: “Germany is not your land and your future is not here.” Others simply called the campaign “horrible” while slamming the very idea of such initiative as “inhumane.” 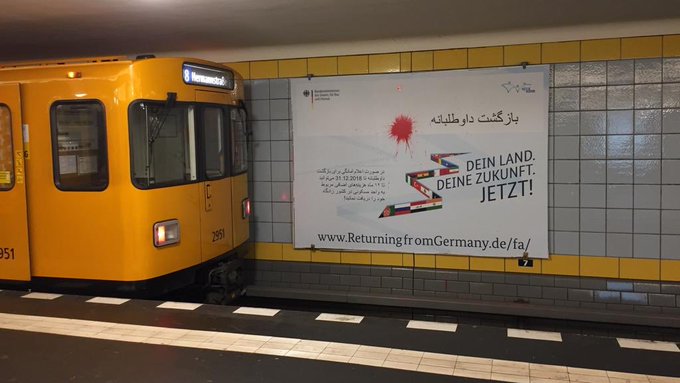 27 people are talking about this

Many of the ads themselves were sprayed with dyes, with slogans like ‘Refugees welcome!’ written upon them. Meanwhile thousands of people signed an online petition to stop the campaign. 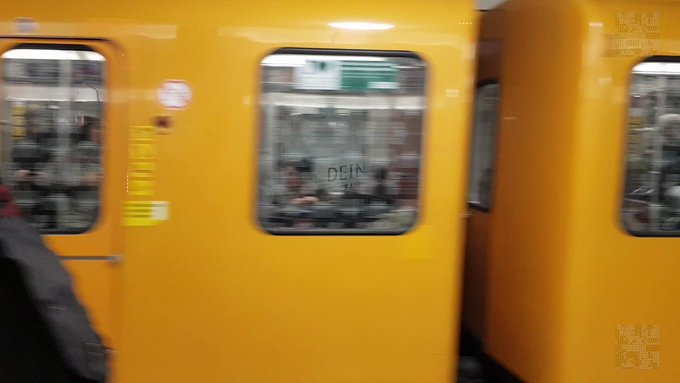 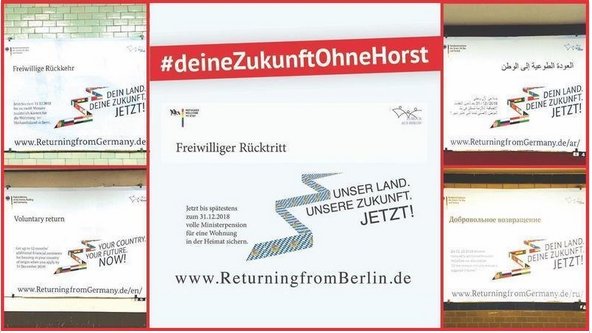 Offering money to those migrants who would like to return to their home countries willingly, is not actually something new to Germany, which has been struggling with the large number of refugees ever since 2015 when Merkel announced her infamous ‘open door’ policy. Back in 2017, Berlin offered compensation to rejected refugees who wouldn’t fight deportation. Every volunteer returnee normally gets some €1,200 from the German authorities but, according to German media, under the new program they could get up to €3,000.