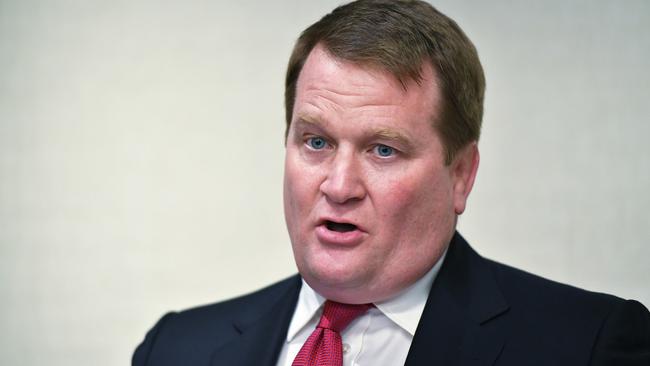 How much longer can the MSM ignore this?

Former Biden insider Tony Bobulinski allegedly has a recording of Biden family operatives begging him to stay quiet, or he will “bury” the reputations of everyone involved in Hunter’s overseas dealings.

According to The Federalist‘s Sean Davis, Bobulinski will play the tape on Fox News’ “Tucker Carlson Tonight” on Tuesday, when Carlson will devote his show ‘entirely’ to an interview with the Biden whistleblower.

According to a source familiar with the planning, Bobulinski will play recordings of Biden family operatives begging him to stay quiet and claiming Bobulinski's revelations will "bury" the reputations of everyone involved in Hunter's overseas deals.

As The Federalist notes:

The Federalist confirmed with sources familiar with the plans that Bobulinski, a retired Navy lieutenant and Biden associate, will be airing tapes of Biden operatives begging Bobulinski to remain quiet as former Vice President Joe Biden nears the finish line to the White House next week.

Bobulinski flipped on the Bidens following a Senate report which revealed that they received a $5 million interest-free loan from a now-bankrupt Chinese energy company.

According to the former Biden insider, he was introduced to Joe Biden by Hunter, and they had an hour-long meeting where they discussed the Biden’s business plans with the Chinese, with which he says Joe was “plainly familiar at least at a high level.”

Text messages from Bobulinski also reveal an effort to conceal Joe Biden’s involvement in Hunter’s business dealings, while Tony has also confirmed that the “Big guy” described in a leaked email is none other than Joe Biden himself.

OAN's @ChanelRion confirms photos and videos on Hunter's laptop are of his niece, Natalie Biden, daughter of Beau Biden, Hunter's deceased brother. She was 14-years-old at the time the pictures and videos were taken. pic.twitter.com/OxOXdM8DB5

A mother accusing Hunter Biden of inappropriate contact with her child told Joe Biden she would call the police if Hunter came near the minor again.

Joe and his brother, Jim, wanted to silence her.https://t.co/W2eDlQWbuk pic.twitter.com/FpP5eBugYS

And while we take no position on the “Q” phenomenon – we would be remiss if we didn’t point out that the MSM is panicking to cover up what appears to be yet another elite pedophile who may have had an incestuous relationship with his niece – whose mother (his brother widow) Hunter was ‘intimately’ familiar with.

What’s going on with these people?

Imagine if Donald Trump Jr. was smoking crack while getting footjobs from potentially underage family members, whose pornographic photos were found on his laptop.