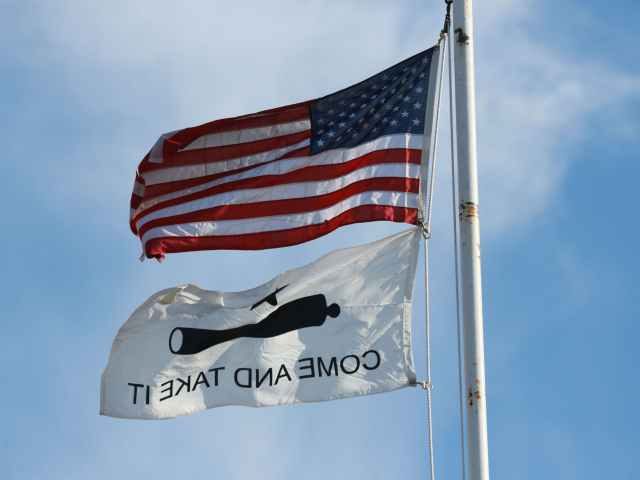 A peaceful transition is coming.

You believe you live in a nation called the United States of America. That nation has not functioned or been operational since 1871 when this country became, additionally, a corporation owned by the City of London (every time you see an American flag with gold fringe and gold tassels attached to it, it represents The Corporation and NOT the country).

This is the reason that you can never seem to get ahead financially. This is why the law seems to always be stacked against the average citizen while the wealthy and elite literally get away with murder or worse.

If Biden, Harris, Pence, Pelosi, etc. are arrested for their crimes before the 20th of January, there will be nobody to assume the presidency.

Since POTUS Trump was not certified as the presidential winner by Congress, he cannot remain POTUS.

If on the 20th of January, there is no POTUS, the corporation known as The United States of America WILL BE DISSOLVED.

Our military will be The Guardians of The Nation during this transition period.

POTUS Trump will then assume The Presidency as the 19th POTUS following the last POTUS elected before America became a corporation, Ulysses S. Grant.

Now, I don’t know all the particulars involved, however I do know the end goal has always been the destruction of the 1871 corporation and the return of The Republic, America, to We The People as the constitutional republic it was originally founded to be.

The following six weeks are going to be chaotic. Be certain to have plenty of food, water, and candles. You may be shut down for a time. Comply with the National Guard and the United States Marine Corps. They are here to help. They have sworn an oath to The Nation, not the corporation founded by the Act of 1871.

You may, as an un-assuming officer (you are a voluntary officer, unpaid in the US govt), question how we got here; i certainly did; Though there are limit-less references now that we have the internet, the credit for this history goes to Anna (von Reitz) for summarizing this succinctly; though, i present it here as concise opinion only as i have no first-hand knowledge;

“1666 – The Great Fire of London creates the occasion for the creation of individual public trusts as a means of seizing private property; The Cestui Que Vie Act of 1666;

1702 – The British Crown and Dutch East India Company collude under Maritime Wagering Act; Living men are deemed to be “vessels” and insured; Their death/loss becomes a means of enrichment for the commercial corporations and the British Government;

1765 – The pollution of English Common Law with Admiralty Law to create “Equity Law” granting absolute power to the judiciary to seize upon and distribute private property comes to fruition in England under Lord Mansfield;
1776 – Partly in objection to this usurpation of power by the judicial functionaries, the American Colonists rebel;
1819 – The American states pass the Titles of Nobility Amendment to the original Constitution, putting teeth and penalties into earlier provisions effectively prohibiting members of the Bar Associations from holding public offices;

1822 – The then-Pope and then-British Monarch secretly collude to act in Breach of Trust against the Americans and sign the Secret Treaty of Verona;

1837 – The British Settlement Act sets aside public wastelands as “common wealth” and paupers are said to be settled upon this land, thus becoming wards of the state; This effectively prevents the lower classes from ever being landlords and provides a basis for claiming them as chattel property;

1858 – Benjamin Disraeli begins the push to enfranchise British laborers as properties belonging to the British Crown; They and their assets are seized upon in the process as collateral backing government debt; Their “voluntary” enslavement is used to fund the British Raj in India—though they are never told any of this;

1860 – Abraham Lincoln, a Bar Attorney, is elected President; He can serve only in the private office of President of the United States (Trading Company), not as President of the United States of America, as a result of the Titles of Nobility Amendment; He contrives to start the Civil War, which is never declared by Congress; 1863 – Lincoln succeeds in bankrupting the United States (Trading Company) and issues General Order 100, placing the Grand Army of the Republic in charge of the government; The entire “war” is an illegal commercial mercenary action resulting in a military dictatorship being established in the District of Columbia;

1865 – Lee surrenders his army to Grant at Appomattox, but no official peace treaty is ever signed; The Southern States are carved up into ten military districts and all the original states are improperly subsumed into the bankruptcy of the United States (Trading Company) by a process of assumpsit;

1868- 1875 — This new “government” entity then forces the original unincorporated state governments to write new state constitutions and to assume new doing business-as names in the form of; Wisconsin State, Connecticut State, and so on, while seizing upon the name of the original states and operating “Territorial franchises” for itself under their names; State of Wisconsin, State of Connecticut, and so on; All these semantic deceits are pulled off on the trusting public;

1930-34 – A second corporation calling itself “the United States of America” is bankrupted; This time, FDR unlawfully converts the entire population of this country, re-interpreting our Trade Names on the land to be Foreign Situs Trusts operating in the international jurisdiction of the sea; This allows the Creditors of the bankrupt private, mostly foreign-owned “United States of America, Inc” to seize upon the labor and other private property of Americans in gross Breach of Trust owed to us by the Popes and by the British Monarch; By this deliberate fraud, we are “presumed” to be commercial vessels belonging to the bankrupt United States of America, Inc, and by process of extortion and assumpsit, are forced to pay its debts; We are considered “missing, presumed lost at sea” and Cestui Que Vie Trusts are established by the Municipal United States in our names; These things are operated under deceptive account designations that appear to be our names; JOHN MICHAEL DOE, JANET ANN WILSON, and so on;

1953 – We finally pay off the 1907 bankruptcy of The United States of America, Inc, but instead of returning the land patents owed to the actual states and people, those responsible pretended not to know who the land belonged to, and rolled it all up in giant land trusts, which they continued to tax, lease, rent, and otherwise benefit from in our purported “absence”;”

“1964 – The Department of State, United States of America signs the Unidroit Treaty which takes these contrivances global;”

“1999 – We finally pay off the 1933 bankruptcy of the United States of America, Inc, but instead of returning all the Cestui Que Vie estate trust assets owed to the living people, Bill Clinton signs Executive Order #13037, stepping up the conscription process, and again, pretending that nobody knows who these accounts belong to, hoping to seize upon all our property including our names via a claim on abandonment;”