Thriller writer’s 1981 book The Eyes of Darkness features a Chinese lab in Wuhan that makes a virus to be used as a biological weapon. Civilians contract it and become terribly ill. He wasn’t prophesying anything, was he? 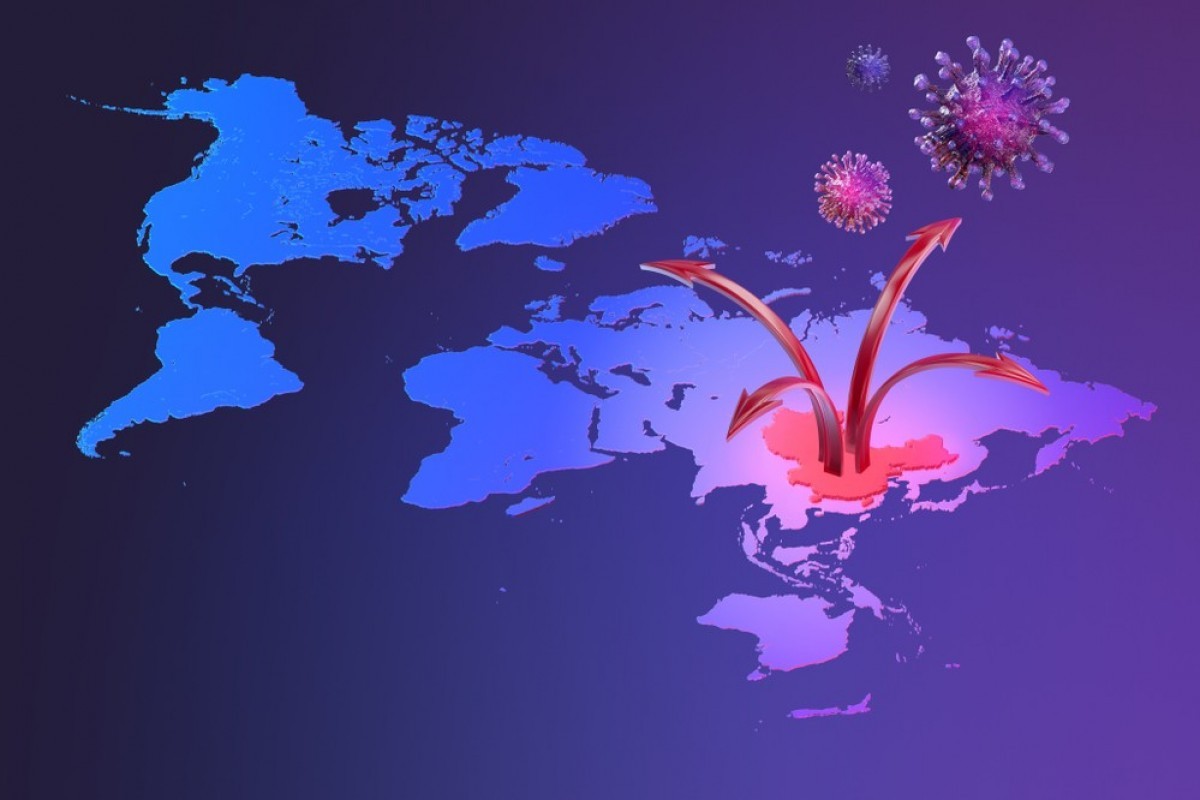 In bestselling suspense author Dean Koontz’s 1981 thriller The Eyes of Darkness, a virus to be used as a biological weapon is developed in Wuhan, China, but humans end up contracting it. Photo: Shutterstock

The Eyes of Darkness, a 1981 thriller by bestselling suspense author Dean Koontz, tells of a Chinese military lab that creates a virus as part of its biological weapons programme. The lab is located in Wuhan, which lends the virus its name, Wuhan-400. A chilling literary coincidence or a case of writer as unwitting prophet?

In The Eyes of Darkness, a grieving mother, Christina Evans, sets out to discover whether her son Danny died on a camping trip or if – as suspicious messages suggest – he is still alive. She eventually tracks him down to a military facility where he is being held after being accidentally contaminated with man-made microorganisms created at the research centre in Wuhan.

If that made the hair on the back of your neck stand up, read this passage from the book: “It was around that time that a Chinese scientist named Li Chen moved to the United States while carrying a floppy disk of data from China’s most important and dangerous new biological weapon of the past decade. They call it Wuhan-400 because it was developed in their RDNA laboratory just outside the city of Wuhan.”

In another strange coincidence, the Wuhan Institute of Virology, which houses China’s only level four biosafety laboratory, the highest-level classification of labs that study the deadliest viruses, is just 32km from the epicentre of the

. The opening of the maximum-security lab was covered in a 2017 story in the journal Nature, which warned of safety risks in a culture where hierarchy trumps an open culture. 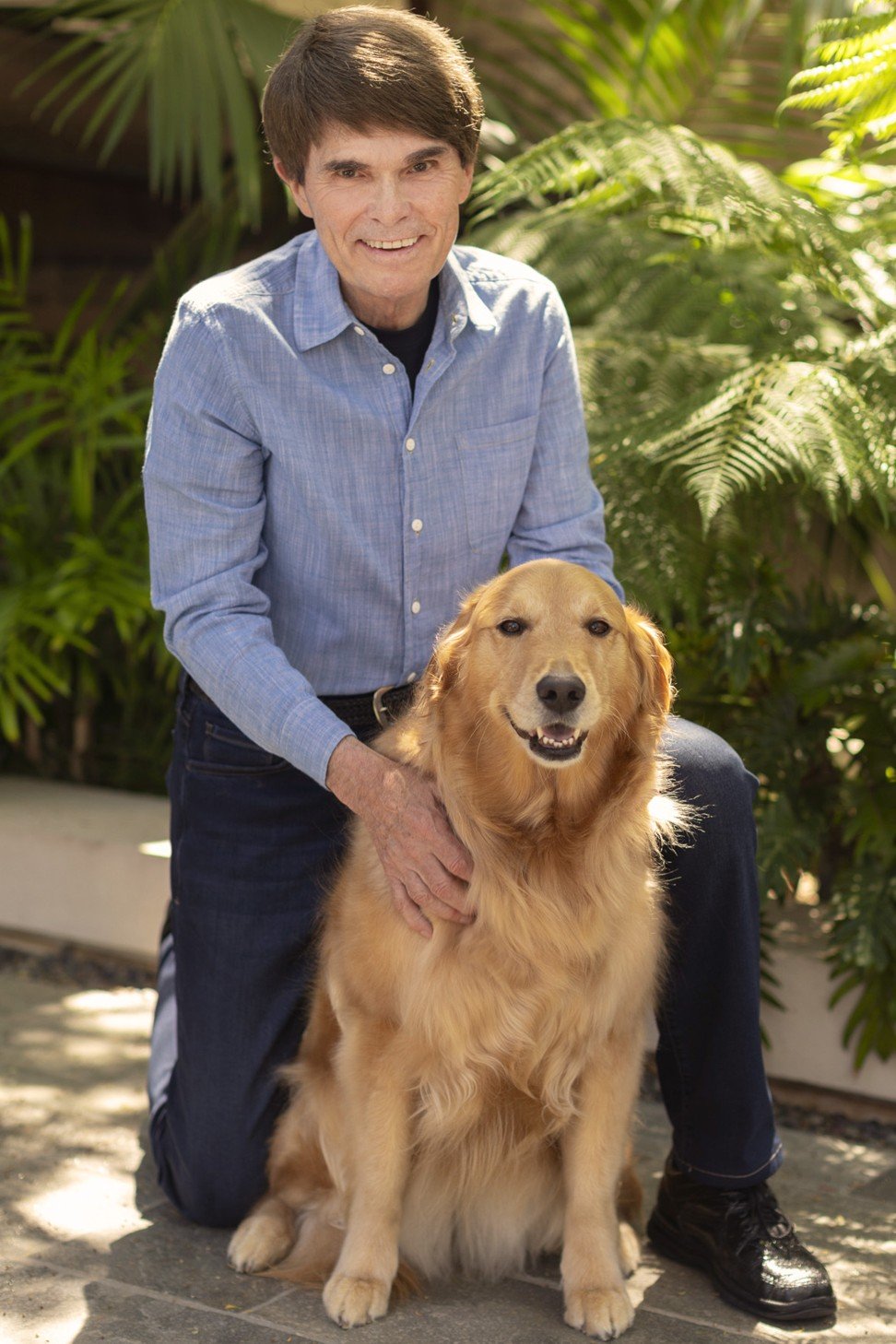 Fringe conspiracy theories that the coronavirus involved in the current outbreak appears to be man-made and likely escaped from the Wuhan virology lab have been circulated, but have been widely debunked. In fact the lab was one of the first to sequence the coronavirus.

In Koontz’s thriller, the virus is considered the “perfect weapon” because it only affects humans and, since it cannot survive outside the human body for longer than a minute, it does not demand expensive decontamination once a population is wiped out, allowing the victors to roll in and claim a conquered territory.

It’s no exaggeration to call Koontz a prolific writer. His first book, Star Quest, was published in 1968 and he has been churning out suspense fiction at a phenomenal rate since with more than 80 novels and 74 works of short fiction under his belt. The 74-year-old, a devout Catholic, lives in California with his wife. But what are the odds of him so closely predicting the future?

Albert Wan, who runs the Bleak House Books store in San Po Kong, says Wuhan has historically been the site of numerous scientific research facilities, including ones dealing with microbiology and virology. “Smart, savvy writers like Koontz would have known all this and used this bit of factual information to craft a story that is both convincing and unsettling. Hence the Wuhan-400,” says Wan.

British writer Paul French, who specialises in books about China, says many of the elements around viruses in China relate back to the second world war, which may have been a factor in Koontz’s thinking. 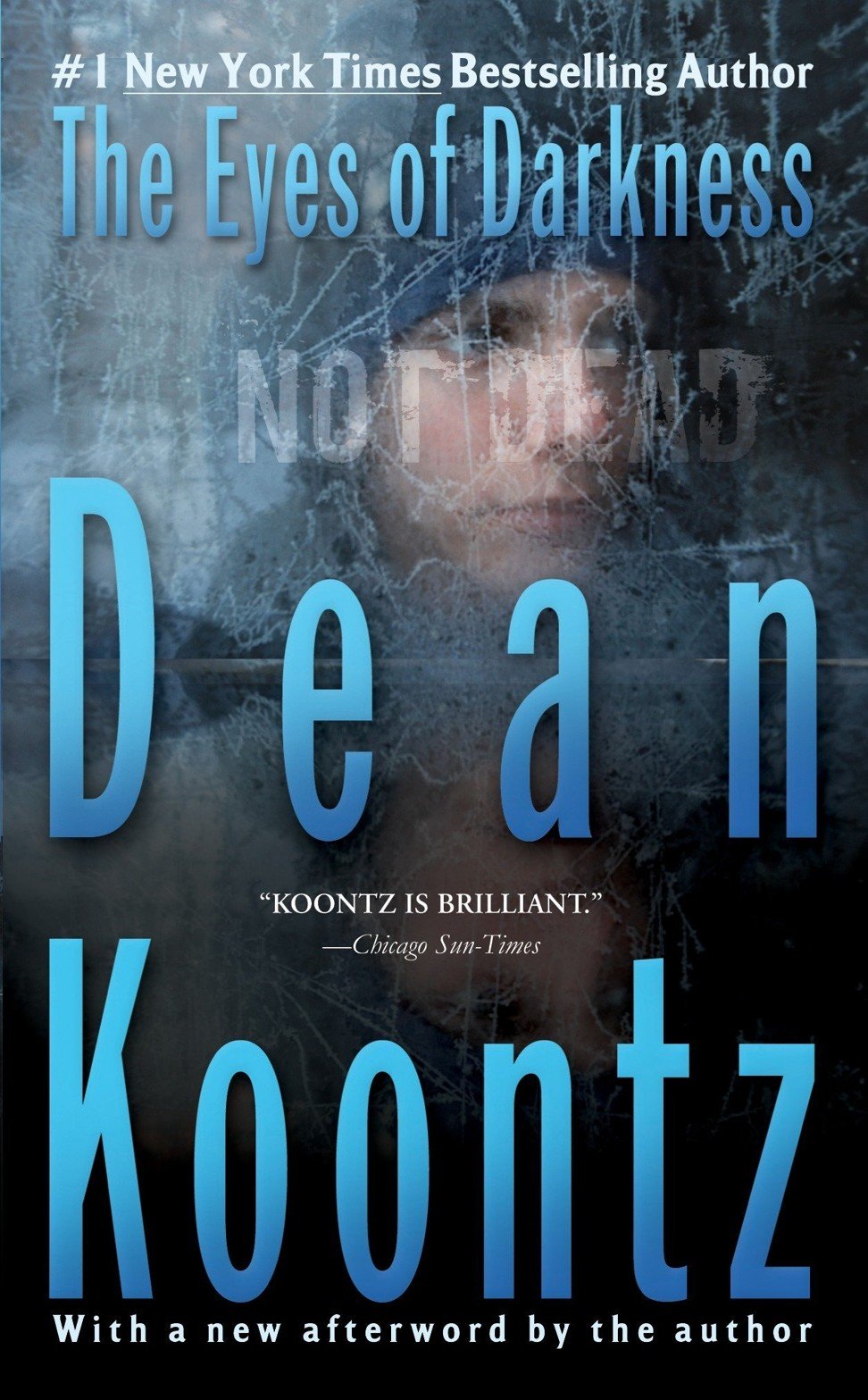 The Eyes of Darkness, by Koontz.

“The Japanese definitely did do chemical weapons research in China, which we mostly associate with Unit 731 in Harbin and northern China. But they also stored chemical weapons in Wuhan – which Japan admitted,” says French.

Publisher Pete Spurrier, who runs Hong Kong publishing house Blacksmith Books, muses that for a fiction writer mapping out a thriller about a virus outbreak set in China, Wuhan is a good choice.

“It’s on the Yangtze River that goes east-west; it’s on the high-speed rail [line] that goes north-south; it’s right at the crossroads of transport networks in the centre of the country. Where better to start a fictional epidemic, or indeed a real one?” says Spurrier. (Spurrier works part-time as a subeditor for the Post.) 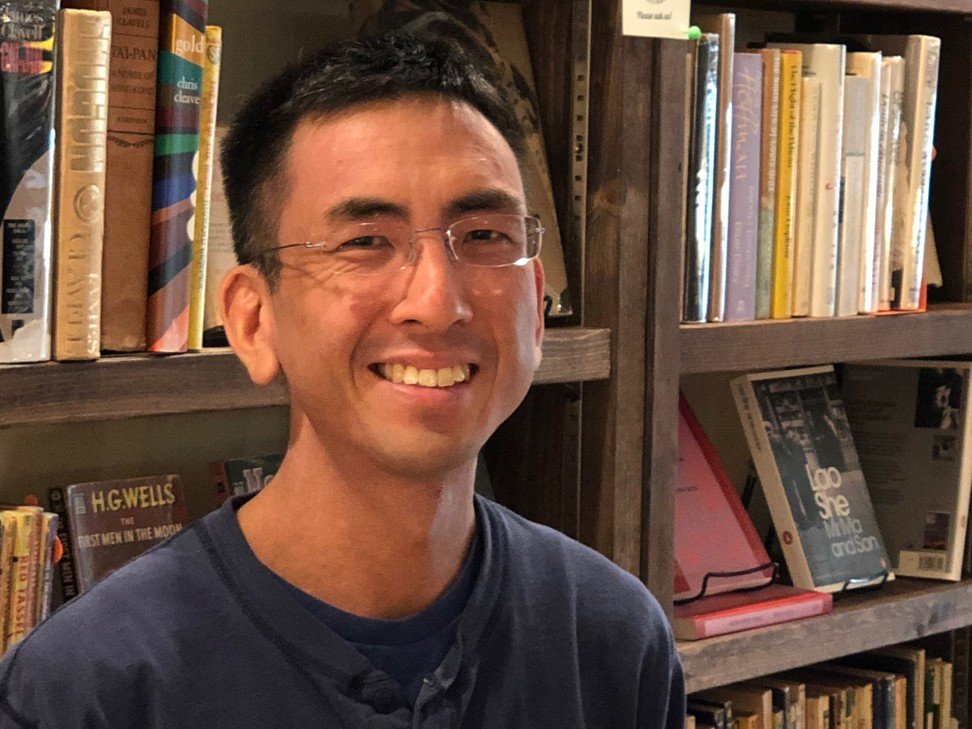 Hong Kong crime author Chan Ho-kei believes that this kind of “fiction-prophecy” is not uncommon.

“If you look really hard, I bet you can spot prophecies for almost all events. It makes me think about the ‘infinite monkey’ theorem,” he says, referring to the theory that a monkey hitting keys at random on a typewriter keyboard for an infinite amount of time will almost surely type any given text.

“The probability is low, but not impossible.” 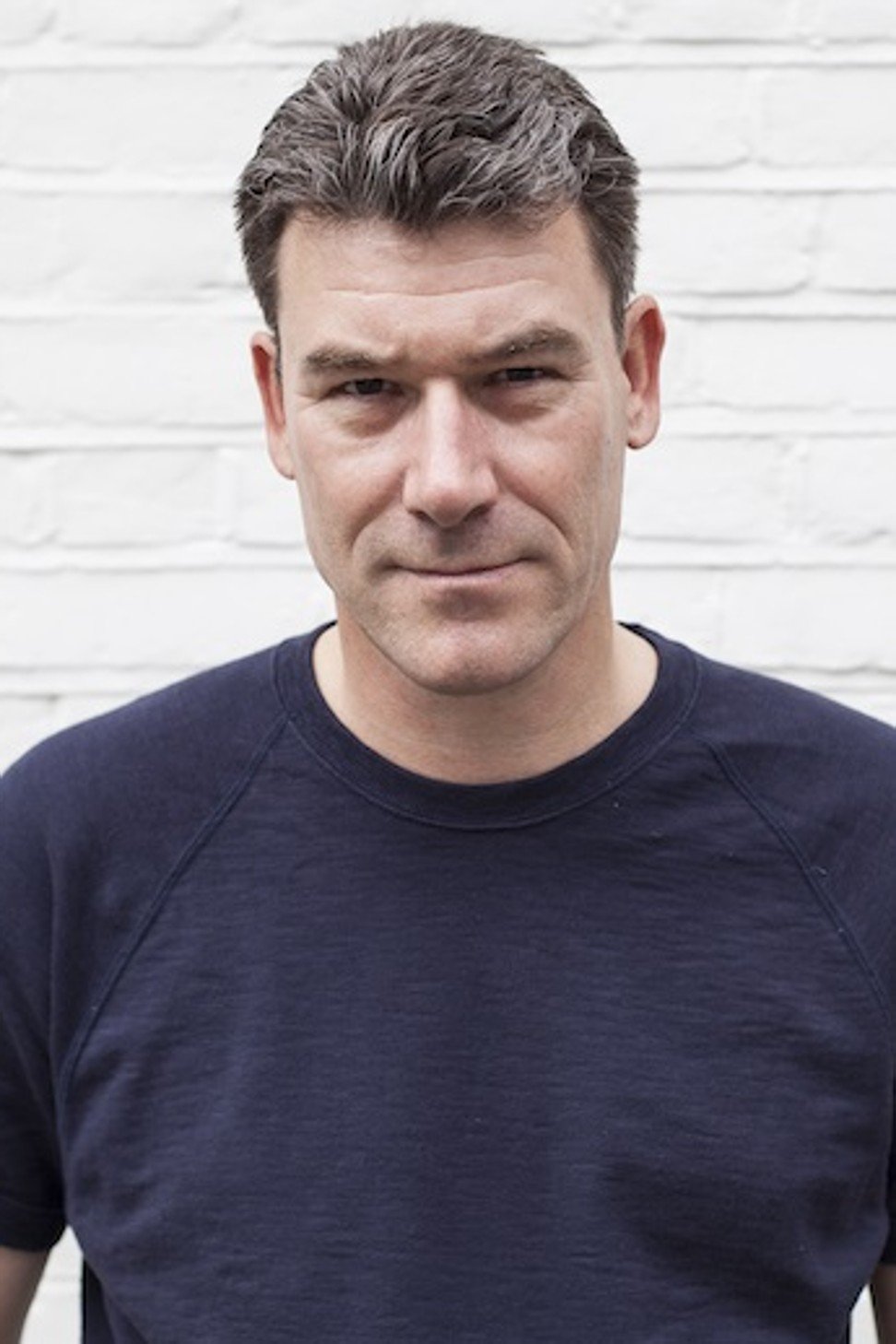 Chan points to the 1898 novella Futility, which told the story of a huge ocean liner that sank in the North Atlantic after striking an iceberg. Many uncanny similarities were noted between the fictional ship – called Titan – and the real-life passenger ship RMS Titanic, which sank 14 years later. Following the sinking of the Titanic, the book was reissued with some changes, particularly in the ship’s gross tonnage.

“Fiction writers always try to imagine what the reality would be, so it’s very likely to write something like a prediction. Of course, it’s bizarre when the details collide, but I think it’s just a matter of mathematics,” says Chan.

Many of Koontz’s books have been adapted for television or the big screen, but The Eyes of Darkness never achieved such glory. This bizarre coincidence will thrust it into the spotlight and may see sales of this otherwise forgotten thriller jump. 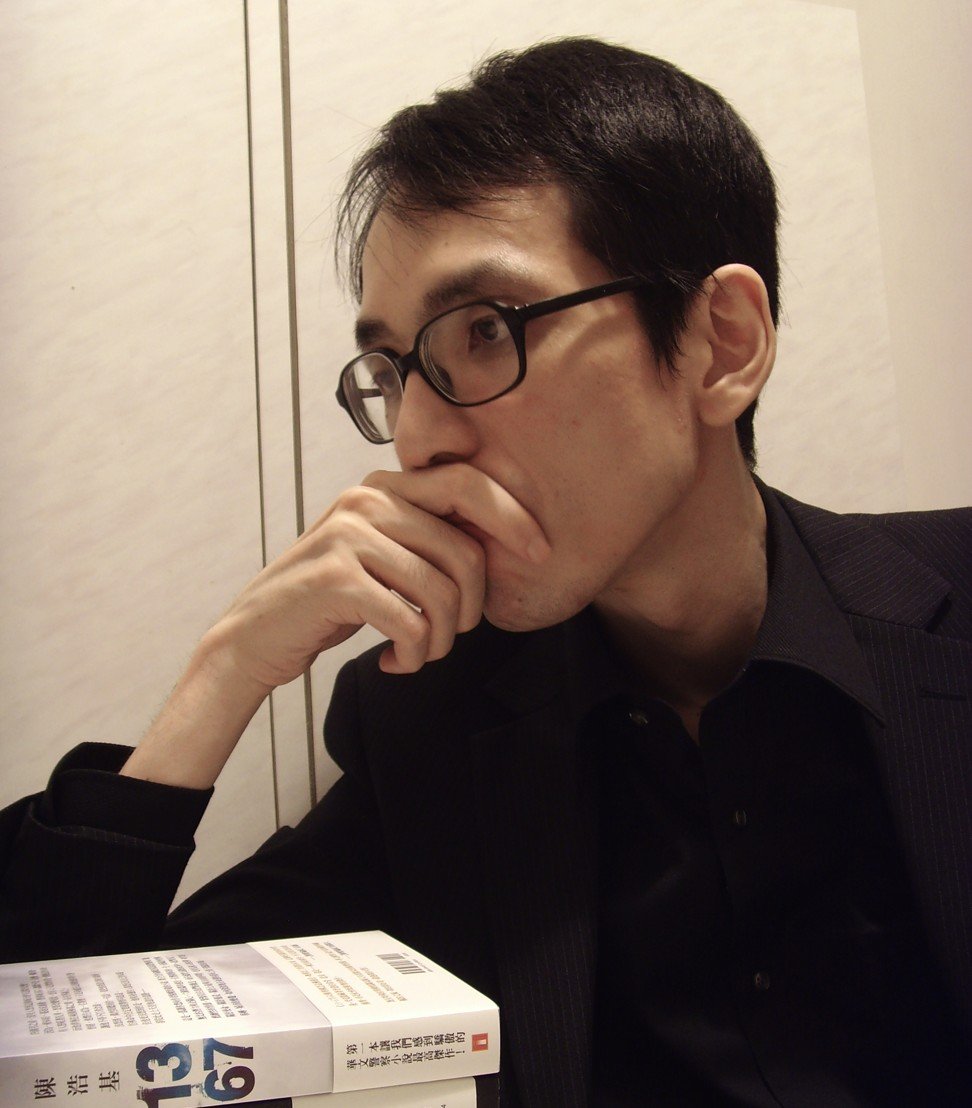 Amazon is currently offering it on Kindle for just US$1. Perhaps, like Futility, it will also be reissued with some updates to make it really echo the current outbreak.

Kate Whitehead is a freelance journalist who worked on staff at the SCMP before editing Discovery magazine. She is the author of two Hong Kong crime books – After Suzie and Hong Kong Murders – and fully intends that the next book she writes will be less grizzly.