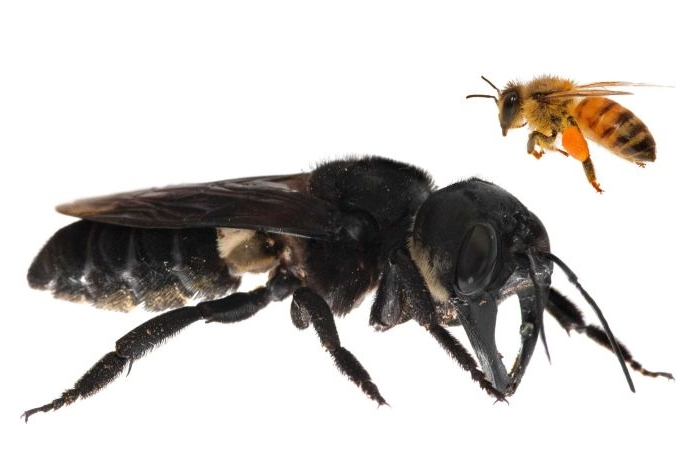 Once feared extinct, Wallace’s giant bee has been seen again in the North Moluccas. As long as an adult thumb, it has jaws like a stag beetle and is four times larger than a honeybee. A search team of North American and Australian biologists found the single female giant bee (Megachile pluto) living inside a termites’ nest in a tree, more than two metres off the ground
World’s largest bee, missing for 38 years, found in Indonesia