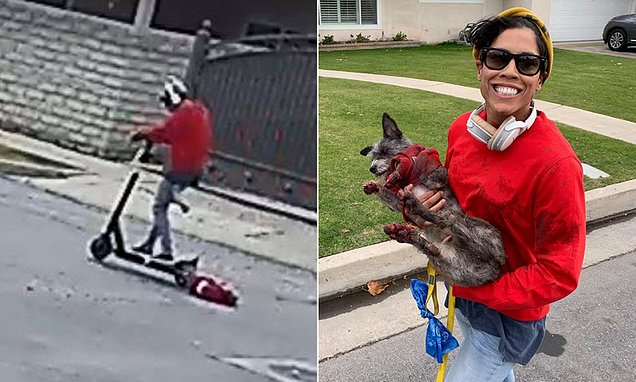 Police in Bakersfield, California, are investigating after a video has gone viral showing a woman riding a rental scooter and dragging a dog on its side along the road Sunday.

Police in California are investigating reports of animal cruelty after videos have emerged showing a woman dragging a small dog on a leash while riding an electric scooter.

The incident took place on Sunday afternoon in the 2100 block of Pine Street in downtown Bakersfield.

Facebook user James Dowell shared a pair of videos from his home surveillance system showing an unnamed woman speeding on a Bird rental scooter down the street with a mixed-breed black-and-white pooch named Zebra dragging behind the vehicle.

You gotta see the video and pictures.