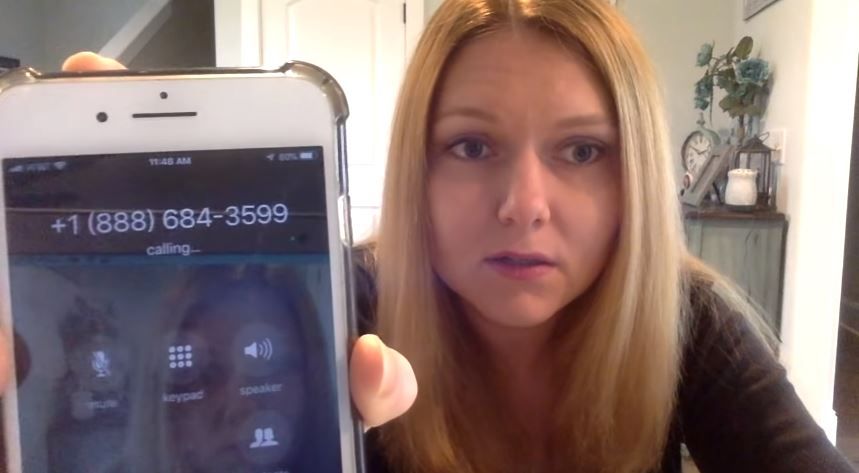 Last month we published an article about late-term abortions, which featured a video where I went undercover to schedule a 32 week abortion for no good reason. I decided to call the other two late-term abortion clinics in the United States, and recorded my interactions with the receptionists.

As I stated in my previous article, there are currently four late-term abortionists in the US – Shelly Sella, Carmen Landau, LeRoy Carhart, and Warren Hern. George Tiller provided late-term abortions but was murdered in 2009. Susan Robinson, who worked with Sella, also performed late-term abortions but I was told on my first undercover call that she has recently retired. Of the four that are currently in practice, there are three clinics between them. Sella and Landau practice together in New Mexico, Carhart practices in Maryland, and Hern practices in Colorado.

In my first video, I called the clinic in New Mexico run by Sella and Landau and scheduled a 32 week abortion on a healthy baby. I told the receptionist that my husband would leave me if I had the baby, and I could not afford a child on my own. Not once did she counsel me on the existence of child support, despite knowing that my husband was financially stable enough to afford a $13,500 out of pocket abortion and that he made too much money to qualify for any financial aid.

She told me they seek patients like me weekly, who “just decide they can’t raise a child.” She also stated that “for residents of New Mexico abortion is a covered benefit for Medicaid.”

She explained that Dr. Landau would administer a lethal injection through the vagina that takes 4 to 6 hours to stop the fetal heartbeat and then I would be induced to go into labor, push, and deliver a dead baby that is disposed of as medical waste.

In my second video, I called Dr. Carhart’s clinic in Maryland. The receptionist told me they see patients before 28 weeks for any reason, and after that on a case by case basis. After 28 weeks they require a $100 phone interview. The receptionist asked if there were any “fetal indications” and I said no. I asked her if it was a problem that the baby was healthy and she said, “No, hun.”

She told me I would be 27 1/2 weeks at the time of my appointment, and at that stage in the pregnancy it would cost $8,000. She described the procedure as being an induced labor for a stillborn. She said the doctor injects a needle through my abdomen into the heart of the baby. When I asked her if the baby would feel pain, she paused for an uncomfortably long time before quietly saying “no.”

After another short pause, I asked how the baby does not feel pain, and she said “there’s no studies to show that it does or doesn’t because it’s inhumane to do those kind of studies on pregnant people.”

In my third video I called Dr. Hern’s clinic in Colorado. The receptionist would not answer whether there was a cut-off on how far along they see patients, so to be on the safe side I told her I was 26 weeks and 1 day. With scheduling and travel that would put me somewhere in the 27th or 28th week at the time of my appointment.

She said “it’s based on the fetal measurements and if it’s safe to see you, so it’s on a case by case basis, but we have seen women around the world that amount of weeks pregnant.”

She explained that it would be a 4 day procedure consisting of assisted labor and delivery.

So in summary, a healthy American woman can legally receive an abortion on a healthy baby in her third trimester of pregnancy. She will have to travel to one of three locations in the country and apply for government assistance or a grant from the National Abortion Federation (or pay for it herself if she’s able). The number of late-term abortions could be dramatically higher if women did not have to travel to one of these three locations or raise upwards of $8,000 for these procedures. As states like New York are passing laws legalizing abortion throughout all 9 months of pregnancy, the amount of late-term abortion clinics could likely increase in the near future. As I stated in my previous article, anyone who believes that second and third trimester abortions are rare and necessary is truly living in the dark (in a very dark world).