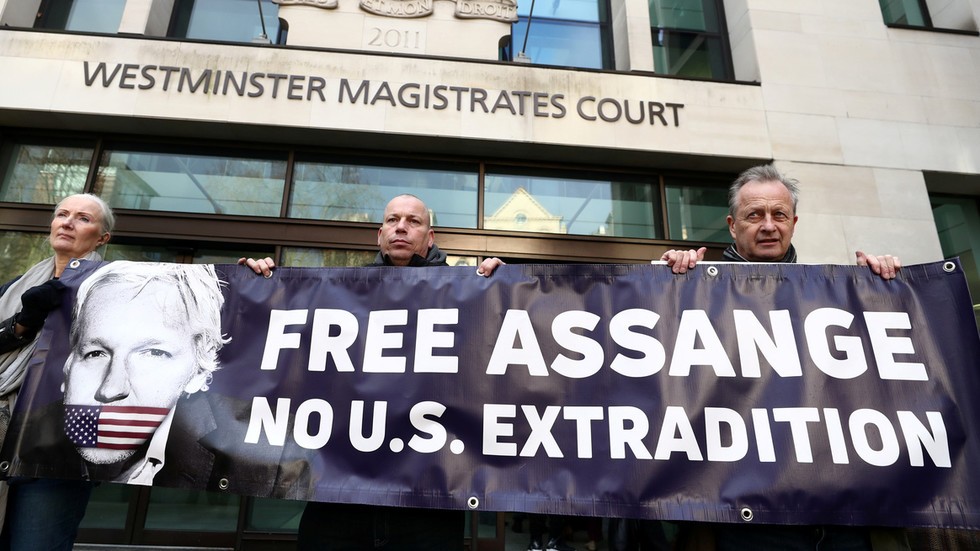 WikiLeaks editor-in-chief Kristinn Hrafnsson is seeking answers after the publisher’s official account was mysteriously locked, ahead of an extradition hearing for founder Julian Assange, who faces life in a US jail (or worse).

WikiLeaks editor-in-chief Kristinn Hrafnsson is seeking answers after the publisher’s official account was mysteriously locked, ahead of an extradition hearing for founder Julian Assange, who faces life in a US jail (or worse).

Hrafnsson claimed the @wikileaks Twitter account had been locked “shortly before Assange extradition hearing” and for no apparent reason, in a post from his personal account on Monday. Lamenting he had been unable to “reach a human at Twitter” for answers, Hrafnsson tagged both the platform’s tech support and CEO Jack Dorsey.

WikiLeaks twitter account has been locked, shortly before Assange extradition hearing. All attempts to get it reopened via regular channels have been unsuccessful. It has been impossible to reach a human at twitter to resolve the issue. Can someone fix this?@twittersupport @jack

The @wikileaks account’s most recent posts date back to February 9 and concern the dire precedent set by extraditing a publisher to stand trial on espionage charges. Assange’s extradition hearing in the UK, which a court ordered to be split into two parts, is set to begin next week, while the second half is scheduled for May. The publisher’s lawyers have complained that access to their client is being restricted, and Assange was only recently moved from solitary confinement at Belmarsh prison after his fellow inmates staged a protest. The UN special rapporteur on torture Nils Melzer has accused the UK government of contributing to Assange’s “psychological torture” after examining the activist last year.

Assange supporters flocked to Hrafnsson’s post to pile on Dorsey and Twitter, demanding to know why Assange’s rights – as an individual on the Council of Europe’s protected list, as well as a journalist – were not being respected.

@RichardDawkins don’t you know somebody? Do you think @Wikileaks should be prevented from tweeting just before the trial? No suspension. Just locked. There is no way they could have broken any rule.

Please unlock the @wikileaks account, which has never violated @Twitter ToS. At this critical time not assisting this problem to unlock it will have a terrible record in the history of free speech and will show you are biased. Fix this error asap please @TwitterSupport @jack

A few wondered why anyone was surprised Twitter was doing the US government’s bidding, however, and called for a migration to more enlightened platforms.

Absolutely disgusting, but another reason to NEVER rely on third parties to handle your communications. This is a red pill. Go on your own domain, find reliable hosting and have a backup.

The best thing to do is to leave… FB pulled this kind of BS and lost 15M facebookers in one year alone… Still losing ppl. Twitter empire will crash if it keeps this up. I'm only here until #JulianAssange is freed. I'm usually shadowbanned… pic.twitter.com/iPuS2wjXwE

The WikiLeaks account isn’t the first associated with Assange to be mysteriously frozen – Assange’s personal account was deleted, undeleted, and finally suspended, where it remains, while he was still under siege at the Ecuadorian embassy in London. There does seem to be a coordinated campaign to memory-hole the WikiLeaks founder, who has been pursued by the US government for over a decade for publishing its deepest darkest secrets and who faces a potential 175-year prison sentence if extradited from the UK. Media reports on press freedom have conspicuously avoided all mention of the incarcerated publisher, while a “media freedom” conference held in London last year also avoided mention of the elephant in the room.

Assange was charged in May with 17 counts of espionage related to obtaining and disseminating classified information as well as with conspiracy to commit computer intrusion, all stemming from the publication of the documents that have become known as the Afghan and Iraq War Logs. The court where his case will be heard is infamous for its 100 percent conviction rate on national security cases, meaning his extradition will almost certainly result in Assange spending the rest of his life in prison. Meanwhile, the US intelligence apparatus has been hard at work demonizing Assange and WikiLeaks, declaring “public disclosure organizations” like it to be as much of a threat to the US as terrorist groups and hostile governments, in its biannual National Counterintelligence Strategy Report, released last week.