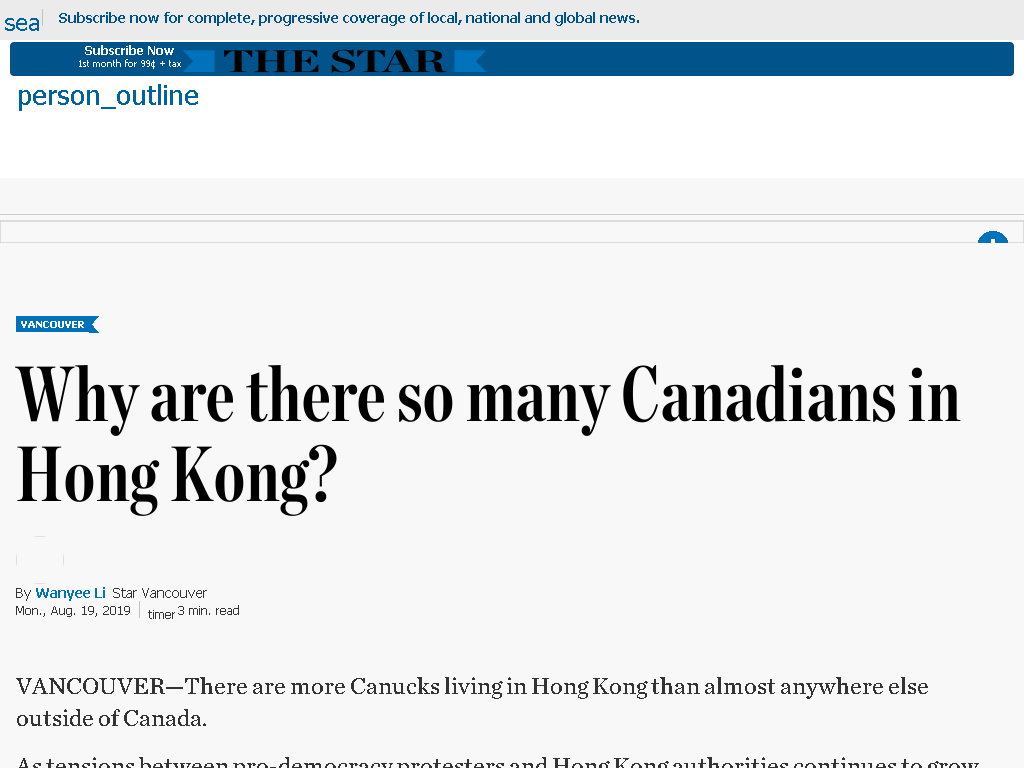 VANCOUVER—There are more Canucks living in Hong Kong than almost anywhere else outside of Canada.
As tensions between pro-democracy protesters and Hong Kong authorities continues to grow, the Canadian government says it is working on a plan to assist the 300,000 Canadians who call Hong Kong home.
Hong Kong has one of the largest Canadian diaspora in the world, second only to the United States, where about a million Canadians live. The United Kingdom has the third largest Canadian diaspora, with 73,000 Canucks.
If transplanted into the Vancouver area, the Canadians living in Hong Kong would create the third largest municipality in the Metro Vancouver region — larger in population than Burnaby, but smaller than Surrey.
“We do have these historic connections with United States and the United Kingdom, but right behind that, it’s Hong Kong,” said Andy Yan, a data analyst and urban planner with Simon Fraser University.
That relationship largely began during the Second World War when Canadian soldiers were taken prisoner in Hong Kong while fighting Japanese forces, said Yan.
Back then, Hong Kong was a British colony.
When Hong Kong was handed over to the Chinese government in 1997, tens of thousands of Hong Kongers immigrated to Vancouver. Some of them eventually returned to their place of birth, but not before becoming Canadian citizens and developing strong ties with the country.

More at Source: Why are there so many Canadians in Hong Kong? | The Star