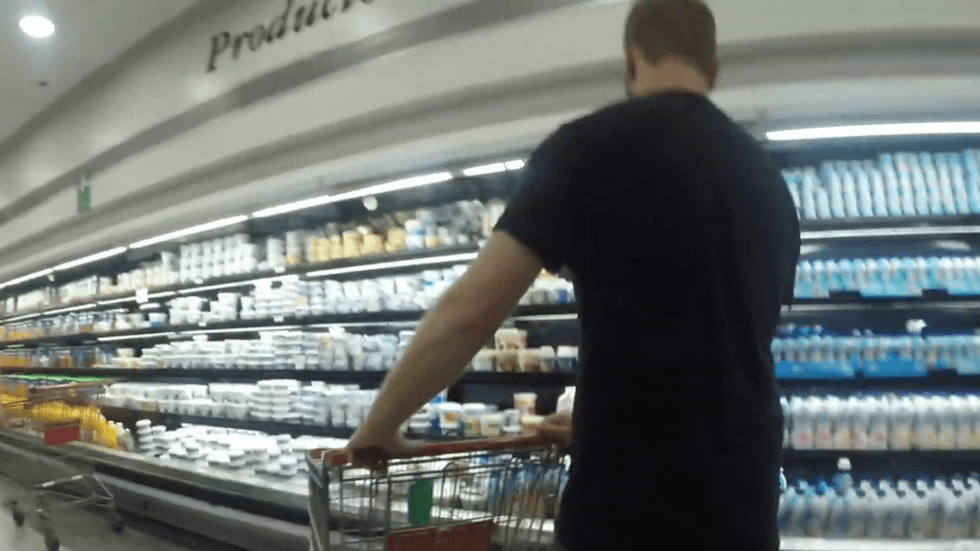 Corporate media grieve for the barren shelves and empty bellies in Venezuela, but are the alleged food shortages real? After touring a supermarket in Caracas, Max Blumenthal found plenty to buy – even craft beer.

The store offered a wide selection of meat, produce, and dairy (although no low-fat Greek yogurt, an indignity which is likely the result of Maduro’s tyrannical ways, Blumenthal jokingly hypothesizes). Most importantly, craft beer – a hallmark of heroic consumerism – could be found in the supermarket’s alcohol aisle.

Blumenthal also marveled at the store’s huge variety of scented toilet paper, shampoo and toiletries – the “basic commodities” which, according to CNN, are nowhere to be found in Venezuela.

“There isn’t an issue here with food distribution or food scarcity,” Blumenthal concludes. “The issue is the buying power of Venezuelans has been completely destroyed because their currency has been so badly weakened by hyperinflation, speculation and the flood of dollars that the government can’t control here, as well as hoarding by private capitalist elements that support the opposition.”

The amusing bit of on-the-ground reporting comes amid a tense stand-off over US attempts to deliver what Washington describes as humanitarian aid into Venezuela, in defiance of the wishes of its government. Juan Guaido, the US-backed, self-declared “interim president” of Venezuela, said on Thursday that he will personally go to the border with Colombia to get the shipment from the US, urging drivers to go with him and defy the border guards ordered to prevent the delivery.

Humanitarian organizations have distanced themselves from the alleged aid package, amid accusations that the “humanitarian aid” could contain military equipment, or be used for political purposes.