Everyone knows the following types of venomous snakes are found in North America:

But few know about these other five types of venomous snakes:

Hypsiglena torquata, commonly known as the night snake, is a species of rear-fanged colubrid. It ranges throughout the southwestern and western United States, as well as Mexico and British Columbia, Canada…

Although the night snake poses no threat to humans, it is slightly venomous and uses this venom to subdue its prey. 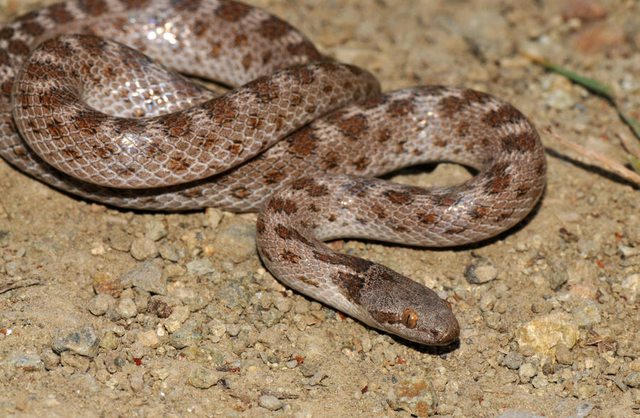 The Texas lyre snake (Trimorphodon vilkinsonii) is a species of mildly venomous rear-fanged snake in the family Colubridae. The species is endemic to the southwestern United States and adjacent northern Mexico… 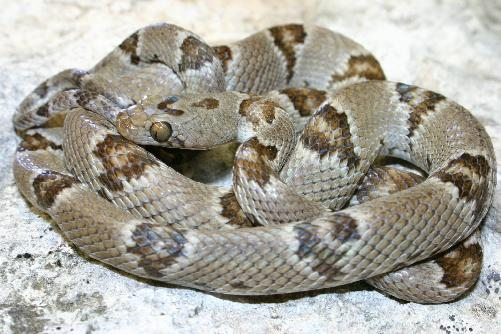 It swallows eggs and small frogs alive but kills larger frogs with mild venom from its enlarged, grooved rear fangs. 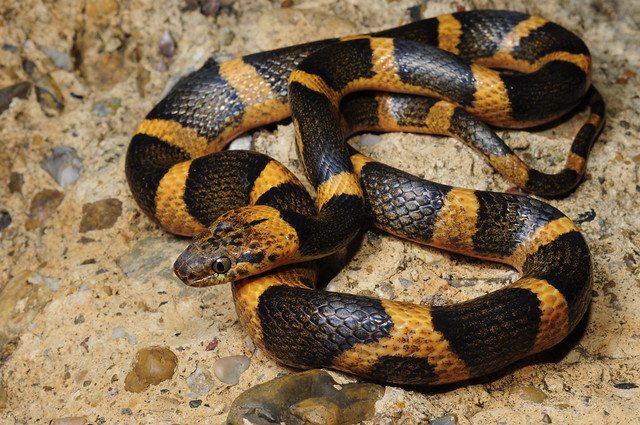 Heterodon is a genus of harmless colubrid snakes endemic to North America. They are stout with upturned snouts and are perhaps best known for their characteristic threat displays. Three species are currently recognized. Members of the genus are commonly known as hognose snakes, hog-nosed snakes, North American hog-nosed snakes, and sometimes puff adders (though they should not be confused with the venomous African vipers of the genus Bitis)…

Members of this genus have enlarged rear maxillary teeth, two on each side, and possess a slightly toxic saliva. In a few cases involving bites from H. nasicus, the symptoms reported have ranged from none at all to mild tingling, swelling and itchy skin. 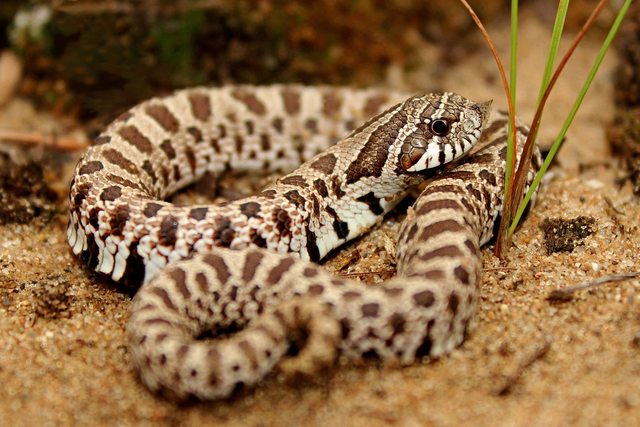 The yellow-bellied sea snake has an extensive distribution covering the entire tropical Indo-Pacific, as well as extending to Costa Rica, southern California, and northern Peru. It is the only sea snake to have reached the Hawaiian Islands…

In October 2015, they were reported and photographed on beaches in Ventura County, California, well outside their normal range, for the first time in 30 years…

The venom of this species is highly potent, like that of other sea snakes. The subcutaneous LD50 of the venom is 0.067 mg/kg and the venom yield per bite is 1.0–4.0 mg. Yellow-bellied sea snake venom contains several different neurotoxins and two other isotoxins. 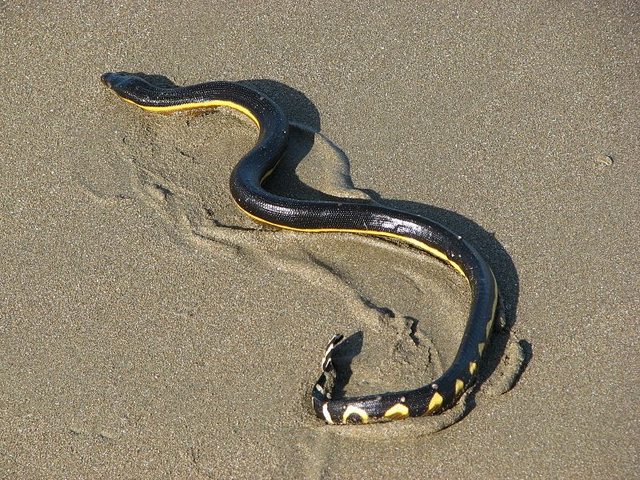 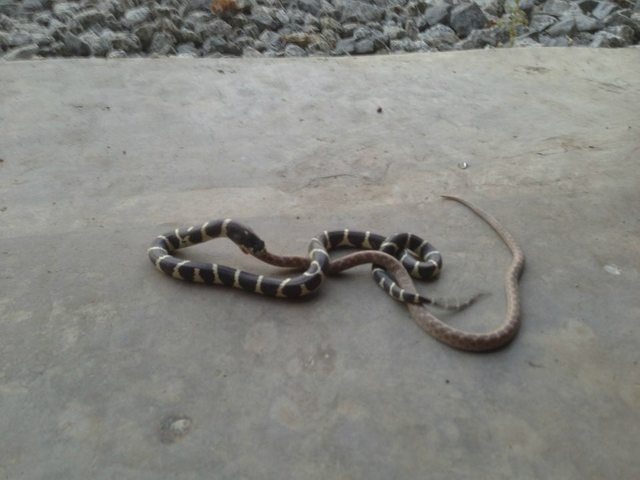