The owners of a prominent Chinese feminist social media account say China’s biggest social media network, Weibo, has suspended their account for “violating state laws” after they shared an article about an upcoming anti-Trump women’s strike happening around the world. The suspension seems to have been linked to a post about the worldwide women’s strike planned for International Women’s Day on March 8. 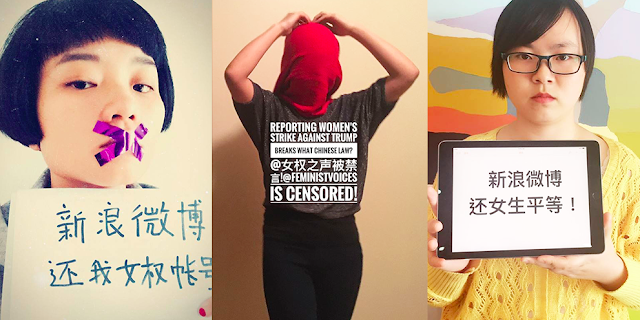 Xiong Jing, an editor of Nuquan Zhisheng – or Feminist Voices – told BuzzFeed News that she received a message from Weibo on Monday night notifying her that Feminist Voices had been suspended because the content of a recent post had “violated relevant state laws and regulations”.
According to The Guardian, the post was written by U.S.-based academics calling for a “militant feminist struggle” in response to President Donald Trump’s “aggressively misogynistic, homophobic, transphobic and racist policies.”

The account, Feminist Voices, has about 80,000 followers and was founded in 2010. Those who run the account were told it would be shut down in a Weibo private message reading, “Hello, because content you recently posted violates national laws and regulations, your account will be banned for 30 days.” They got the message Monday, six days after the article about the women’s strike was posted.

Feminist supporters were outraged by the ban： 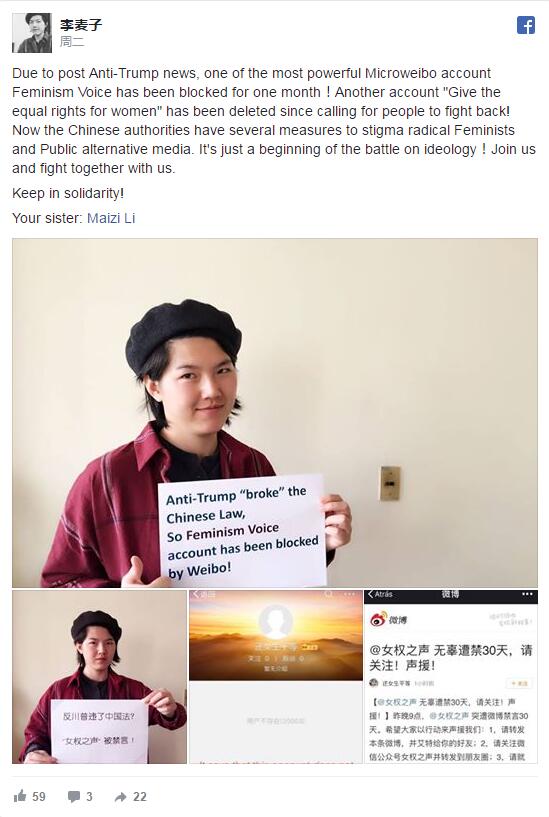 It’s unclear what national law was violated in the article, but the South China Morning Post notes a propaganda directive leaked to the China Digital Times last month told Chinese newsrooms, “Any news about Trump must be handled carefully; unauthorized criticism of Trump’s words or actions is not allowed.”