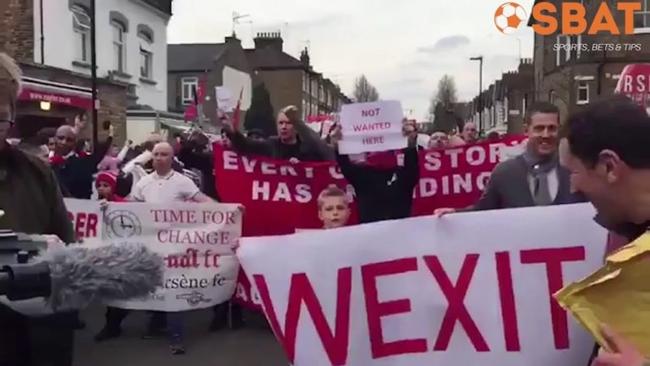 Authored by Andrew Moran via LibertyNation.com,

Brexit, Italexit, Frexit, Nexit, CalExit, Texit, and now Wexit? What likely started as a social media campaign to air a considerable portion of the electorate’s grievances against the federal government, a serious political movement in Canada may be born. Would this have serious ramifications for Prime Minister Justin Trudeau and his newly re-elected Liberals? Or, is it an annoying mosquito bite from Muskoka that needs scratching? While Ottawa may no longer need to lose sleep over a separatist initiative in Quebec, the nation’s capital might need to keep a close eye on the west as separatism is brewing like a Double-Double at the nearby Tim Hortons. The experts say that a split is unlikely to happen, but they said the same thing about the British and Brussels. It could be time to wake up and smell the poutine – or crude oil.

The term “western alienation” has entered the national lexicon, becoming just as Canadian as “grab your toque” or “a kerfuffle at the hockey rink.”

Despite being rich in resources and contributing a great deal to the gross domestic product, this part of the country feels disrespected, shunned, unequal, and underrepresented. From the perspective of westerners, the frustration is warranted; Ottawa seemingly concentrates primarily on the economic juggernaut of Ontario and the sensitive vote-rich province of Quebec. From the vantage point of other provinces and territories, the sentiment is: What about me? There is a reason people joke that Toronto thinks it is the only city in Canada, as well as the center of the universe.

The west contributes billions of dollars to the federal tax pool, but the equalization is not equitable. Alberta, for instance, has not received an equalization payment in more than 50 years. British Columbia and Saskatchewan got a fist full of bupkis last year. In other words, they are giving more than they are receiving.

Indeed, the federal government is quick to take the loonies and toonies generated from fossil fuels in Alberta or Saskatchewan. But when the time comes to defend these provinces from Swedish teenagers or the globalists, the prime minister is nowhere to be found. Oftentimes, the west can feel like they are being treated like troubled stepchildren whenever Trudeau arrives on the world stage.

Another big thing for the west is the lack of representation in Ottawa. Alberta only accounts for 10% of the House of Commons, but the province contributes about a fifth to the national economy. They believe that if they had better representation, the feds would come to the province’s aid when necessary. Between 2014 and 2016, when crude prices cratered from the global supply glut, Alberta crashed and burned – it is still trying to pick up the pieces to this day – and the feds (Tories and Grits) were absent.

Trudeau promised in his victory speech that he would fight for all Canadians, not just those who voted for him. But where is the incentive? When looking at the electoral map, you notice a blue conservative wave engulfing a third of Manitoba, all of Alberta and Saskatchewan, and half of BC. Though Trudeau needs to reach across the aisle to move forward with his agenda, he does not have to go on his knees to Members of Parliament from Alberta and Saskatchewan. The prime minister can get a helping hand from New Democrats in parts of Ontario or the Bloc Quebecois – and that’s it.

Heck, Trudeau no longer needs to show up to the Calgary Stampede in his cowboy outfit, pretending to have a good time.

Once Upon A Time In The West

Although Wexit was coined months ago by Peter Downing, it blew up on social media in the aftermath of the general election. Wexit’s Facebook page has nearly 200,000 members, the Wexit hashtag had thousands of tweets and retweets, and it garnered mainstream media attention.

Downing now wants to use this momentum to form provincial and federal parties, telling CTV News: “We have to do this. Right now, there’s no hope, there’s no future … no reason why we have to have Justin Trudeau governing us.”

But not everyone believes this was an authentic surge. H+K Strategies says Wexit was “artificially inflated” by bots and content aggregators. But don’t tell that to the workers in the oil and gas industry, the truckers, and the farmers out west. If western separatism is genuine, then it would be led by these folks, the ones who feel disenfranchised within the current political structure. They are Canada’s forgotten man, as Liberty Nation wrote about earlier this year.

Consider the results of a recent Environics Institute survey: In Alberta, 56% of respondents agreed with the statement, “Western Canada gets so few benefits from being part of Canada that they might as well go it on their own.” This is up 28 points from 2010.  Plus, United Conservative Premier Jason Kenney has given a shout out to the separatists, tweeting:

“Albertans have been rightfully frustrated by the unfair deal we are getting in the Federation going as far as to even express support for separation. I don’t want to let @JustinTrudeau push us out of our country. I’d rather focus on separating him from the Prime Minister’s office.”

Perhaps Wexit will be a thorn in the side of all central governments moving forward, mirroring the headache that was the Quebec sovereignty movement – to a slightly lesser degree.

So, what are the chances that Wexit happens? Well, let’s just say that the odds of witnessing the Toronto Maple Leafs win the Stanley Cup are higher. That is not to say that Trudeau should ignore it.

The Financial Post’s Yadullah Hussain made a recommendation that could symbolize an olive branch of good faith: Appoint a natural resources minister from the west. This could be someone who is not all about destroying the economy to appease latte-sipping disciples of Greta Thunberg.

That could be the first step. The other move could be to finally issue an equalization payment. Another idea is to quit being ashamed of the region’s energy sector when appearing in front of global warming zealots. Crude is still the main export for Canada, generating billions for the nation so that the head of state can visit private islands owned by a billionaire or to cover the government’s debt-servicing costs.

They may not be dominating the national discourse, but there are many different separatist movements growing in various pockets, suggesting that there is a portion of the citizenry that is disgruntled with Ottawa. Are these just sour grapes over the 2015 and 2019 election results, or are they legitimate bipartisan endeavors? Whatever the case may be, the country would unite around at least one secessionist proposal: Toronto – nobody likes The Six anyway.

Grab your parka, get your toque, leave your worries on the igloo, and direct your feet to the secessionist side of the Rocky Mountains.