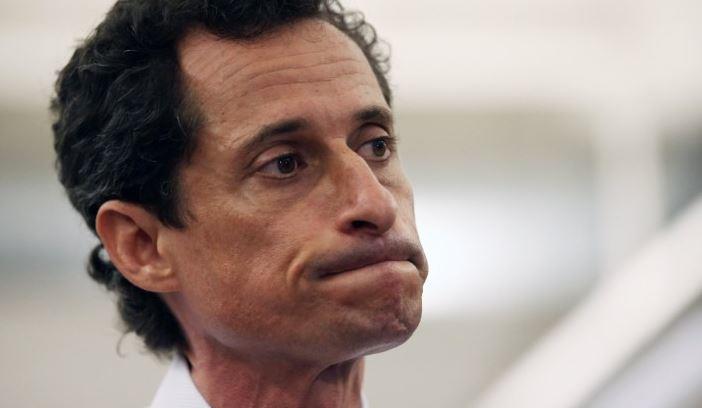 Weiner finished the last leg of his prison sentence for sexting a 15-year-old high school student on Tuesday morning, and left the Bronx halfway house where he had been staying for the past three months.

“It’s good to be out,” the disgraced former congressman said. “I hope to be able to live a life of integrity and service. I’m glad this chapter of my life is behind me.”

Weiner, who will be registered as a Level 1 sex offender, had called the halfway house on Creston Avenue home for three months following his transfer from a Massachusetts federal facility as part of a re-entry program. He had three months shaved off his sentence for good behavior, according to the New York Post.

He left the house shortly before 6 am. He was wearing khaki pants, red Nike running shoes and a sweater.

After a series of sexting scandals with consenting adults helped sink his political career, including an ill-fated “comeback” bid for NYC mayor where his lead evaporated after another sexting scandal broke, Weiner was convicted in 2017 for sending sexually explicit messages to a 15-year-old North Carolina high schooler. In a now-infamous incident, the FBI discovered emails from Hillary Clinton on Weiner’s laptop during the investigation into his misdeeds, which prompted James Comey to revive the Clinton investigation just a week before election day. Some have blamed Weiner for throwing the election to Trump. He was ordered to spend 21 months behind bars, pay a $10,000 fine and register as a sex offender.

He spent most of his time at the Federal Medical Center in Devens, Mass. The former army base about 40 miles northwest of Boston. It was just one of two federal prisons offering treatment for sex offenders.