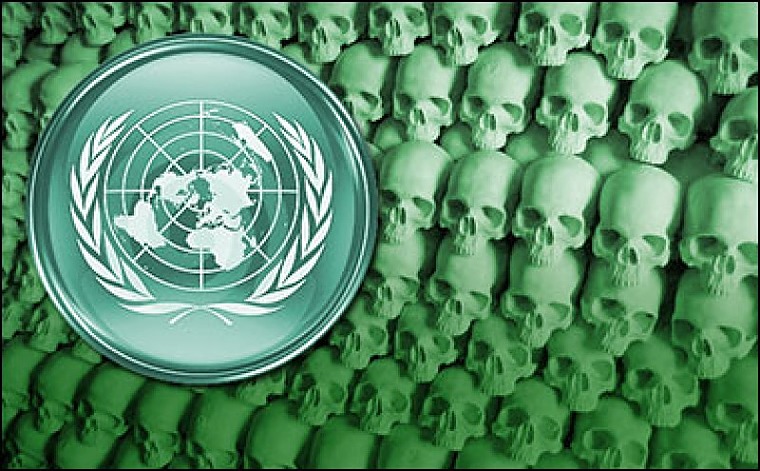 Climate One is a self described public affairs forum which advocates extreme action to combat climate change. It is a branch of The Commonwealth Club of California based in San Francisco, essentially a talking shop visited regularly by heads of government and corporate business.

Figueres is no stranger to controversial statements when it comes to climate change. The UN official previously described the goal of the UNFCC as “a complete transformation of the economic structure of the world.”

She has also repeatedly said that a Chinese style communist dictatorship is better suited than the U.S. constitutional system to fight “global warming.”

Figueres told Bloomberg News last year that the Chinese government (which continues to enforce forced abortions, infanticide and compulsory sterilization) is “doing it right” when it comes to climate change, even though China is by far the biggest emitter of greenhouse gasses.

Figueres noted that a partisan divide in the U.S. Congress is “very detrimental” to passing climate related legislation, while the Chinese Communist Party, sets policies by decree. President Obama clearly agrees given that he continues to bypass Congress by issuing executive orders on climate change.

As InfoWars has continually noted, there is a fundamental flaw in associating climate change with overpopulation.

Populations in developed countries are declining and only in third world countries are they expanding dramatically. Industrialization itself levels out population trends and even despite this world population models routinely show that the earth’s population will level out at 9 billion in 2050 and slowly decline after that. “The population of the most developed countries will remain virtually unchanged at 1.2 billion until 2050,” states a United Nations report. The UN’s support for depopulation policies is in direct contradiction to their own findings.

Once a country industrializes there is an average of a 1.6 child rate per household, so the western world population is actually in decline. That trend has also been witnessed in areas of Asia like Japan and South Korea. The UN has stated that the population will peak at 9 billion and then begin declining.

In addition, as highlighted by the Economist, global fertility rates are falling.

Since radical environmentalists are pushing to de-industrialize the world in the face of the so called carbon threat, this will reverse the trend that naturally lowers the amount of children people have. If climate change fanatics are allowed to implement their policies, global population will continue to increase and overpopulation may become a real problem – another example of how the global warming hysterics are actually harming the long term environment of the Earth by preventing overpopulated countries from developing and naturally lowering their birth levels.

Even if you play devils advocate and accept that humans do cause catastrophic warming and there are too many of us, and if you can skip past the eugenics connotations of population control and depopulation policies, those methods are fundamentally still not a valid solution to the perceived climate change threat.

The real solution would be to help increase the standard of living of the cripplingly poor third world, allowing those countries to industrialize, and seeing the population figures naturally level out.

Instead, the third world has seen a doubling in food prices owing to climate change policies such as turning over huge areas of agricultural land to the growth of biofuels.

In addition, Climate legislation continually pushed  by the developed world has those nations taking on less of a burden than anticipated demanding more of poorer countries, despite the fact that any further cuts in CO2 emissions will further cripple their flimsy economies and poverty-stricken people.

Previous legislation, such as the Copenhagen agreement, allowed people in developed countries to emit twice as much carbon per head than those in poorer countries, who have not caused the rise in emissions said to be threatening our existence on the planet. The revelations have led third world leaders to accuse the developed world of “climate colonialism”.

Linking environmental policy to depopulation agendas opens the door to eugenics and it is no surprise that through that door have come pouring hordes of elitist filth just begging to be on the front line of the extermination policy.

One example is UK-based public policy group The Optimum Population Trust (OPT), which has previously launched initiatives urging wealthy members of the developed world to participate in carbon offsets that fund programs for curbing the population of developing nations.

In 2007, the group also published a report announcing that children are ‘bad for planet and ‘having large families should be frowned upon as an environmental misdemeanour in the same way as frequent long-haul flights, driving a big car and failing to reuse plastic bags.

The same talking point has been re-iterated again and again by public policy groups and environmentalists, as well as the most influential scientists in the US government.

While you may think ideas of sterilization and depopulation could never be accepted by the public, those very concepts are now being embraced and popularized by some as the way forward for humanity.

The head of the UN’s leading climate change panel is providing a platform, and in some cases actively pushing for a policy enforced by a dictatorship that hunts down mothers who become pregnant with their second child, abducts them off the street and takes them to government controlled hospitals where they are drugged and their baby is killed – all in the name of saving the planet.