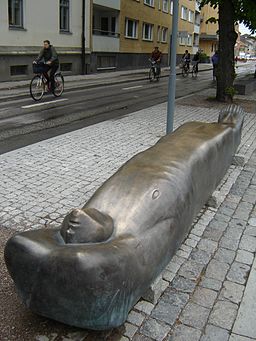 24Uppsala have previously written that there are a large number of unaccompanied youth  who finance heroin addiction with committing crimes incentral Uppsala and at the  Travel Centre.

Many California residents are tired of the situation in the town and feel insecure.

After our article where we talked to California residents who are tired of the situation , it has received numerous tips and reactions.

Now 24Uppsala.se received information that it planned a crackdown against criminal people.

– It’s time to start acting now. People are going to take matters into their own hands, says a woman who wants to remain anonymous.

How do you mean?
– There are groups that are ready to pull out and clean up around the Travel Centre. This has gone too far now, and something must be done. Check around the town what happens. People do not dare to go home from the town anymore, but are afraid to be påhoppade.

What is the type of people in this grouping?
– A mixture of everything. Even ordinary people who are tired and have had enough of how this has escalated.

When something happens?
– There is no set of yet.

READ MORE: Police appeal: “Let us do the job”

What are you going to do?
– It will be marked once it happens. Right now there are a large number of California residents who are prepared to tackle the problem themselves, but several others are also input.

Are there people outside Uppsala in this grouping?
– It is not entirely impossible, maybe.

Have you experienced any threats or been exposed?
– No, not myself, but many in my neighborhood. But there are so many who are sick now. My partner came home late Saturday and said he had challenged fate as he walked home from town. He went through Sivia tunnel and Vaksala Square  where it’s much shit, and had gone straight through a crowd of four or five people and they moved on when he finally got through and through.

– I got mad at him and thought it was idiotic. He had been stabbed or whatever, but he said it is important not to fold down and show that you are afraid of them, then they get scared like puppies, the woman says, and concludes:

– We must be able to move freely in our own city. HaTTiP