The Queen has had some controversy and PR issues in the past and well in my estimation, is still on top of her game. Megan Markle, and Prince Harry, will not be her undoing.

The Queen is still made of this same stuff.  Enjoy!

On June 21, 1969, a fly-on-the-wall documentary about the Royal Family was aired on British TV and watched by 37 million people. Then, the Queen ordered it taken off the air and never shown again.

The above video clip is  From the Show: Inside Windsor Castle

The 1990s would be the toughest decade of Queen Elizabeth II’s reign, marked by the worst disaster in Windsor Castle’s 1,000-year history plus a series of scandals that would rock the Royal Family. Join us as we look at the 1992 fire that ripped through the castle on the day of the Queen’s 45th wedding anniversary and the public backlash over who should pay for the restoration. Then see how the Queen responded to the criticism, as well as a string of family scandals and tragedies, to rebuild both the castle and the reputation of the monarchy.

Check out Inside Windsor Castle: Tragedy and Triumph via @SmithsonianChan 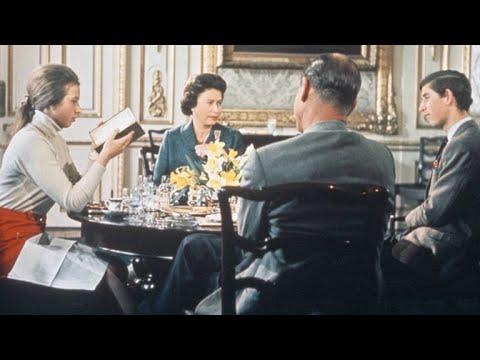