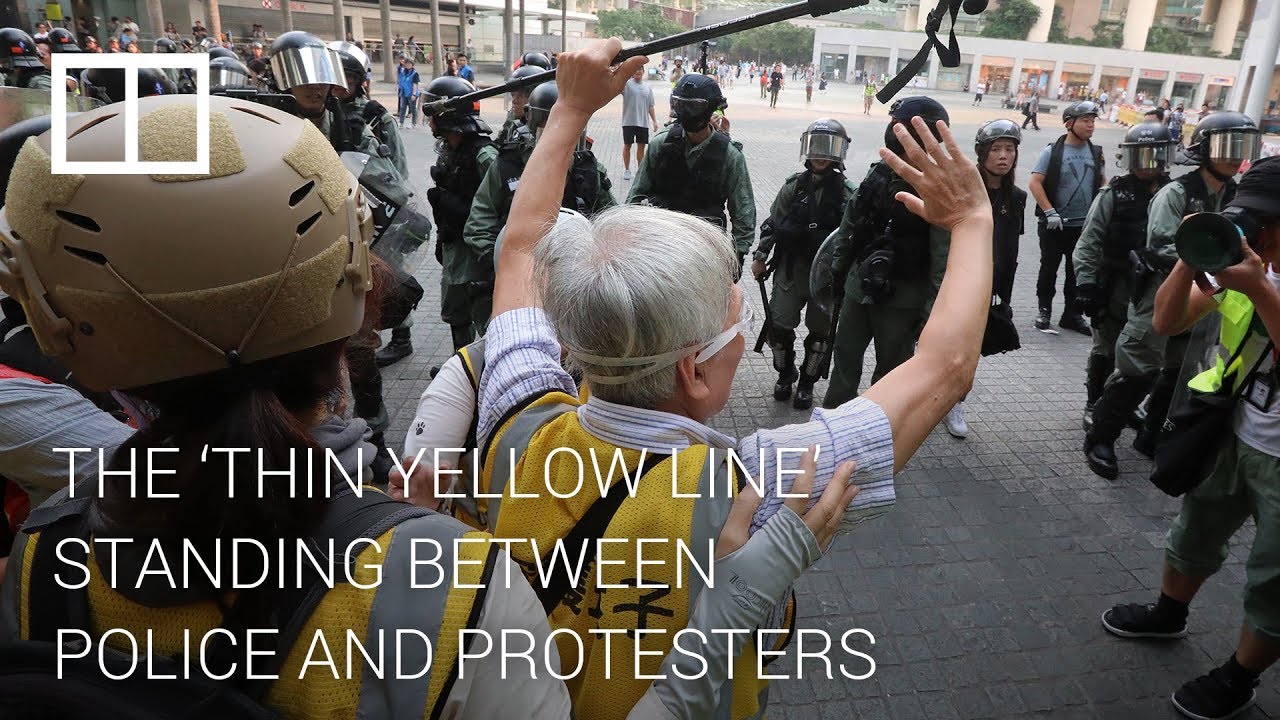 Protect the Children is one of many self-organised groups – from first-aid workers to legal teams and human-rights monitors – watching over the protesters who have been demonstrating in Hong Kong since June against the now-withdrawn extradition bill.

The bill would have allowed criminal suspects to be transferred to mainland China and other jurisdictions which the city did not have any agreements with.

The group has a command centre that monitors the whole city, while volunteers on the ground are split into teams of seven and sent out to different zones, rushing from conflict site to conflict site with whatever transport is available.

The Thin Yellow Line (2019) – Standing Between Police and Protesters