This is TheDC Newsroom 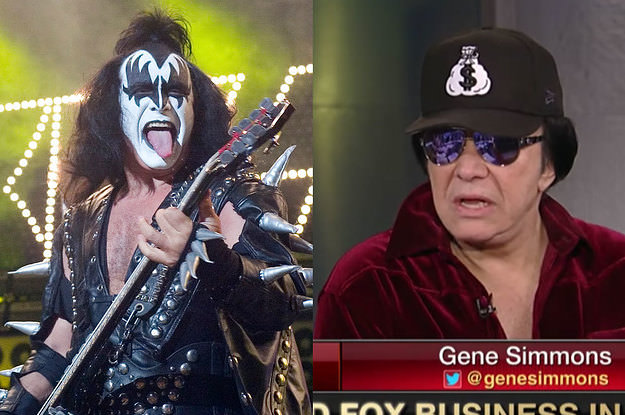 Simmons Gets Banned For Life From Fox News!

The Daily Caller was live.

He bursts into a staff meeting and after knowing he was in the wrong place he rips his shirt open. He then goes on to crack a few jokes bout Micheal Jackson and pedophilia and what Not? For the piece de resistance he hits two Fox News staff  on the head with a book, and commented on how hollow their heads are.

Kiss Fox News goodbye! Rocker Gene Simmons, 68, is BANNED from the network after ‘insulting female staffers, exposing his chest and hitting employees on the head with a copy of his new book’

Kiss frontman Gene Simmons has been banned for life from Fox News, according to the Daily Beast. During the 68-year-old’s visit to the network he apparently insulted female employees at Fox by taunting them and exposing his chest. During his interview with Maria Bartiromo’s Fox Business Network show when asked to weigh in about the Harvey Weinstein allegations he gave a bizarre answer.