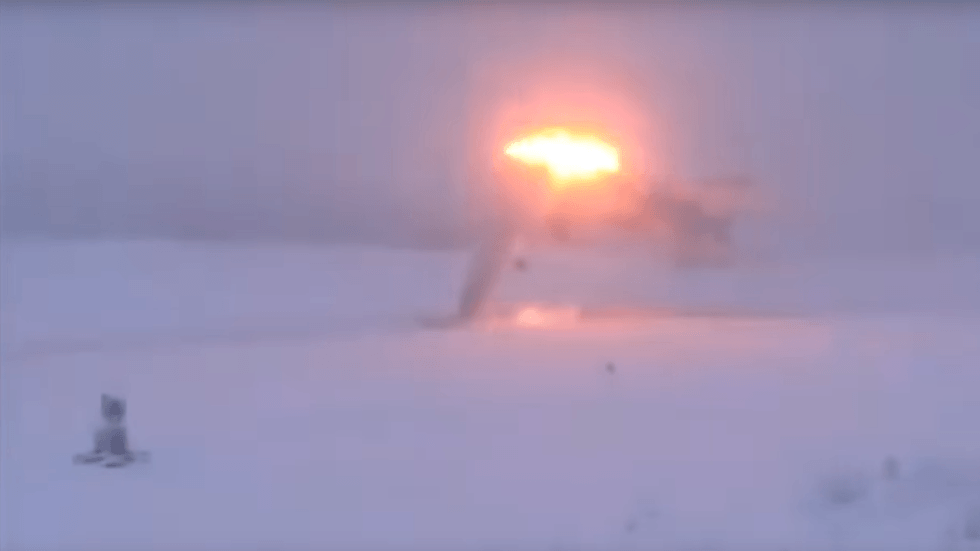 A horrific video of Russian Tu-22M3 crash in the Murmansk region has emerged online, showing the strategic bomber’s approach in near-zero visibility and the moment it slammed the airstrip and snapped in half, engulfing in flames.

The fatal flight in blizzard conditions was a routine training mission, according to the Russian Defense Ministry, which initially said that the bomber carried no weapons during the incident. However, later reports suggested the jet was armed with one Kh-22 long-range anti-ship missile and several hundred aircraft cannon ammo. An investigation has been opened to determine the cause of the crash.