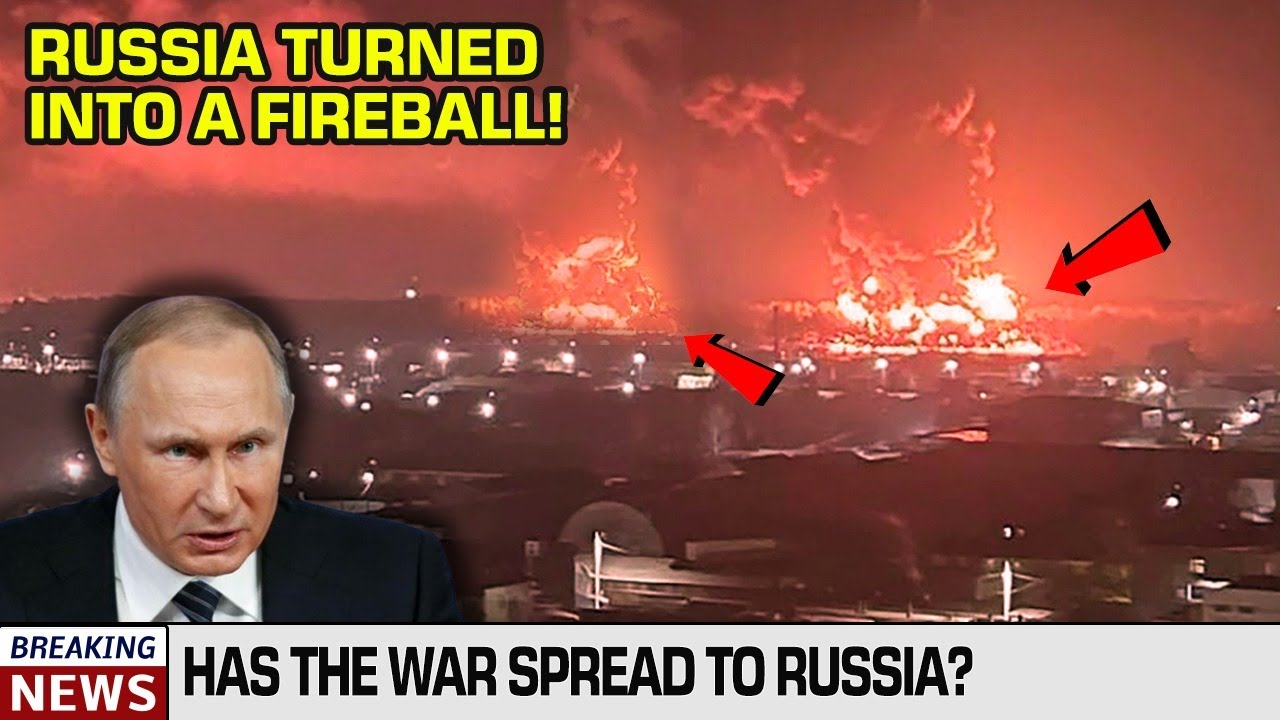 Russia, which invaded Ukraine, has turned into a minefield! Explosions are constantly happening in Russia! The Russian fire brigade is not enough to put out the fires. Russia is experiencing the most difficult days in its history!

The Russian army was planning to keep this war on Ukrainian territory. But now the explosions are taking place in Russia. Nothing is going Putin’s way in this war!

The roof of the StroiTrakt shopping center collapsed today after a fire broke out in a building in the town of Balashikha, the Moscow region’s emergency services said. Security measures have been raised to the highest level in all shopping centers in Russia!

The cause of these fires in shopping malls is still unknown. However, it is quite surprising that these fires occur during the hours when the shopping centers are closed. No civilians were harmed in the fires, but assets belonging to important companies of the Russian economy were damaged. In addition, Russian citizens are experiencing great panic due to these attacks. There is a very serious decline in the number of people going to shopping malls in Russia.

There is already a huge economic crisis in Russia. The Russian ruble continues to depreciate day by day. In Moscow, the squares are decorated for New Year’s Eve, but the streets are full of closed shutters. Because many Russian companies have gone bankrupt in this process. After the explosions in shopping malls in Russia, it is thought that more companies will go bankrupt in the Russian economy.

Explosions are also taking place in Russian-occupied regions! The Russian-appointed deputy governor of Ukraine’s southern Kherson region was injured in a car explosion. Vitaly Bulyuk was seriously injured in this explosion! The driver of the car lost his life! Attacks against Russian-appointed bureaucrats in these regions are increasing!

It is known that Russia pays two salaries to the bureaucrats assigned in this region. However, many bureaucrats still do not want to work in the occupied territories. Because Russian bureaucrats know that the Ukrainian army will liberate these regions. No one wants to be part of a war that they will lose!