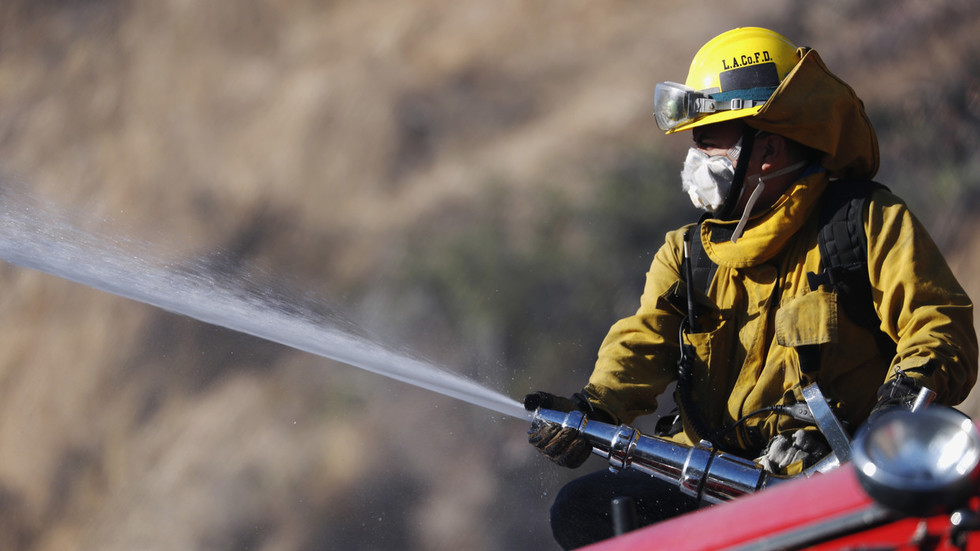 A Cessna two-engine plane crashed in the Yorba Linda area in California’s Orange County, setting a house on fire. Five people were killed in the incident, local fire authorities reported.

A Cessna two-engine plane crashed in the Yorba Linda area in California’s Orange County, setting a house on fire. Five people were killed in the incident, local fire authorities reported.

Footage from the scene showed a blaze engulfing one of the houses in the suburban area with people shouting to keep away from the building.

Plane crashed near my house in Yorba Linda.
I thought a bomb was dropped or something cuz I heard a plane engine moving in close and then my house shook on impact.

This pic is near my elementary school. pic.twitter.com/ECAA9QNhVZ

The aircraft involved was a Cessna 414A Chancellor, an 8-seat twin-engine plane. According to records, it is owned by a private individual from Oregon.

The small plane crashed shortly after departing from the Fullerton Municipal Airport, an FAA spokesman told local media. The cause of the incident remains unknown.

A few houses down the propeller and engine landed in their yard pic.twitter.com/inMz4BJvks

Wow. We heard the plane crashing, then it felt like an earthquake. We definitely thought it happened right outside our house. Thankful to be okay, but praying for those involved in the Yorba Linda crash. Thankful for the quick reaction from all the first responders we saw. pic.twitter.com/REelIPr1xE