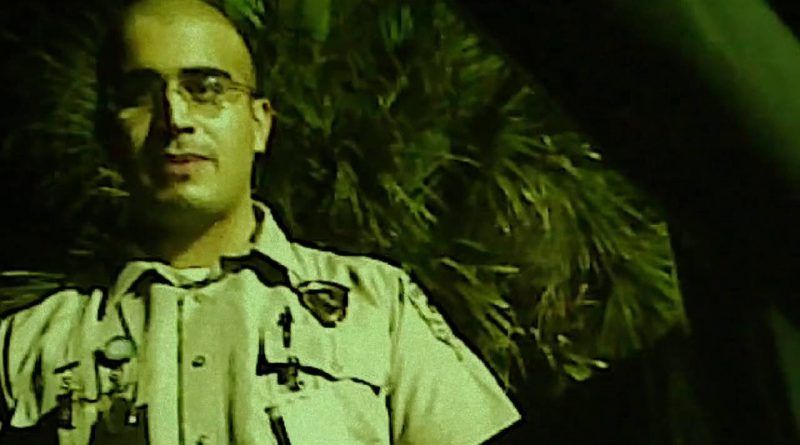 Omar Mateen in the documentary “The Big Fix” about the BP oil spill. (Youtube)

Orlando gunman Omar Mateen was filmed by a documentarian using a hidden camera for an award-winning film about the BP oil spill while he was working as a security guard.

The video footage from The Big Fix shows a uniformed Mateen talking with a reporter as he was stationed near a Pensacola, Florida, beach in 2010 during the cleanup from the Deepwater Horizon spill in the Gulf of Mexico.

Mateen, who killed 49 people and wounded 53 others during the July 12 attack on the Pulse gay nightclub in Orlando before being shot dead by police in a hostage-rescue operation, was working for G4S security at the time of the filming. The company said it was Mateen seen in the 2012 documentary, according to CBS News.

You can watch the documentary clip below:

In the video, Mateen rants about the cleanup efforts, after asking the reporter for a badge and being questioned about what is going on at the cleanup site.

“No one gives a sh*t,” Mateen says. “No one gives a sh*t here. Everybody is just out to get paid. They are like hoping for more oil to come out and more people to complain so they will have jobs. Because once people get laid off here, it’s going to suck for them. They want more disaster to happen. Because that’s where their money-making is. … It’s all about the money.”