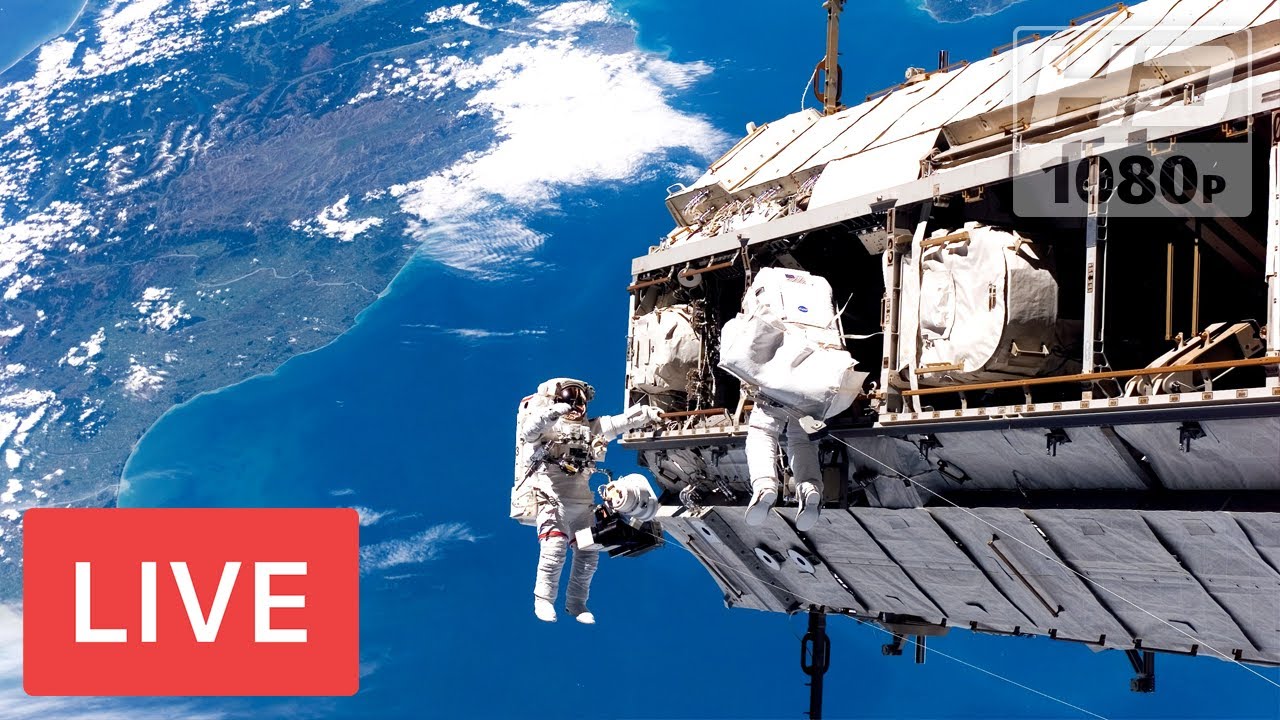 THIS WILL SHOW LIVE and PRE-RECORDED FOOTAGE –
As the Space Station passes into a period of night every 45 mins video is unavailable – during this time, and other breaks in transmission, recorded footage is shown.
When back in daylight the live stream of earth will recommence

Currently, live views from the ISS are streaming from an external camera mounted on the ISS module called Node 2. Node 2 is located on the forward part of the ISS. The camera is looking forward at an angle so that the International Docking Adapter 2 (IDA2) is visible. If the Node 2 camera is not available due to operational considerations for a longer period of time, a continuous loop of recorded HDEV imagery will be displayed. The loop will have “Previously Recorded” on the image to distinguish it from the live stream from the Node 2 camera. After HDEV stopped sending any data on July 18, 2019, it was declared, on August 22, 2019, to have reached its end of life. Thank You to all who shared in experiencing and using the HDEV views of Earth from the ISS to make HDEV so much more than a Technology Demonstration Payload!

The ISS passes into the dark side of the earth for roughly half of each of its 90-minute orbits. As the Space Station passes into a period of night every 45 mins video is unavailable – during this time, and other breaks in transmission recorded footage is shown when back in daylight earth will recommence. As seen from the Nasa ISS live stream on the International Space Station –
A real astronaut view of Earth! Captured by ISS HDEV cameras onboard the International Space Station.