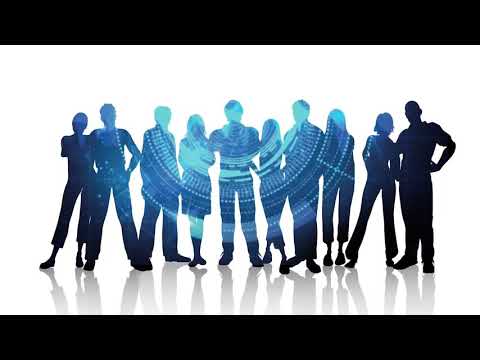 Using ‘SMART-CITY’ Technology an Automated, Active & Adaptive system of Real-Time EXASCALE Artificial Super-Intelligence Supercomputers are Coordinatiing, Analyzing, Predicting, Enabling & Directing the Paradigm of Organized Stalking against Targeted Individuals, in real time, allowing CIA/DIA Hive Mind Teams hiding behind & using law enforcement agencies to do their dirty work to utilize local police departments and their Army of Informants turned into Provocateurs against the victim to predict & detect – in advance – the Choice Reference Patterns of the Targeted Individual as those Choices (Memories) are forming in real time, enabling Fusion Center Community Based Agents, called SWARMERS, to take proactive measures to stay ahead of or counter in real time the Targeted Individual — and potentially prevent the Mind Control Victim from defeating the RNM System technology

By marrying the concepts of Crime Analytics & Predictive Policing, Artificial Super-Intelligence Supercomputers – via a separate INTRANET – are using a strategy called INTER-CONNECTION – via the INTERNET – to exchange REAL TIME data and information between community based agents, police & their Army of Informants/Provocateurs as to the location and activities of the victim, achievable in real time because of the INTERNET OF THINGS

This allows the Community Based Agents, police officers, analysts, etc, to detect the CHOICE REFERENCE PATTERNS of the mind control victims as they are forming, enabling the Community Based Agents to take proactive measures to stay ahead of &
evaluate any new incident patterns throughout the city as the Targeted Individual tries to Function & Survive. This allows the Fusion Centers to forecast the favorite ‘hot spots’ of the Targeted Individual to proactively allocate resources & deploy personnel (Organized Stalking) resulting in improved force effectiveness to NEUTRALIZE the Activist Dissident & Whistle Blower in real time

Digital Video tech around the world is growing, both in the private sector and the public sector. Cities like San Diego, for example, are very highly populated with Surveillance Cameras for monitoring everything from, say, public transportation to general activity.

The RNM Supercomputers use analytics on these digital video systems for real-time operations & can generate alerts in real time based on certain events concerning the victim … but also for use as a forensic tool against the victim (e.g.: Stalking)

The RNM System uses these video analytics to look back & reconstruct what has happened with the Targeted Individual and see if there are conclusions to be drawn, by way of an Artificial Super-Intelligence Model, using automation in those processes

SMART-CITY technologies are utilizing a SMART SURVEILLANCE SYSTEM (‘SSS’) which allows the RNM System to piggyback off law enforcement agencies & use digital video monitoring systems against the mind control victim & that offering enables the end-users (Hive Mind Teams, Surveillance Teams, etc.) to ‘view, monitor and digitally record’ the daily activities of the Targeted Individual while archiving it all over an IP network allowing real-time access to critical information regarding the daily activities of the victim as the target moves around the city

Smart Surveillance Systems (‘SSS’) provides the RNM Supercomputer with the unique capability to carry out intelligent data analysis of video sequences either in real time or from recordings.

Based on open standard middleware, the ‘SSS’ platform allows for the monitoring and analysis of real-world events via multiple sensors, including video cameras, radars, chemical sensors, such as smart dust, or audio inputs & is well suited to integrate these technologies from multiple vendors

• Real-time alarm signals to preempt any spontaneous incidents by identifying the behaviors of Targeted Individuals, etc.

Shadow Government Agencies rely on an extremely advanced form of primary, secondary and tertiary mobile platforms such as brain to computer interfaces, like CTOS 2.0 technologies, which was already a highly sophisticated & advanced system of Automated Active and Adaptive Remote Neural Networks controlled by way of multiple VIRTUAL & AUGMENTED interfaces and utilize existing Surveillance, Security, Transit, Transport, and other programs & indicators to lock on to the Targeted Individual each day & night.