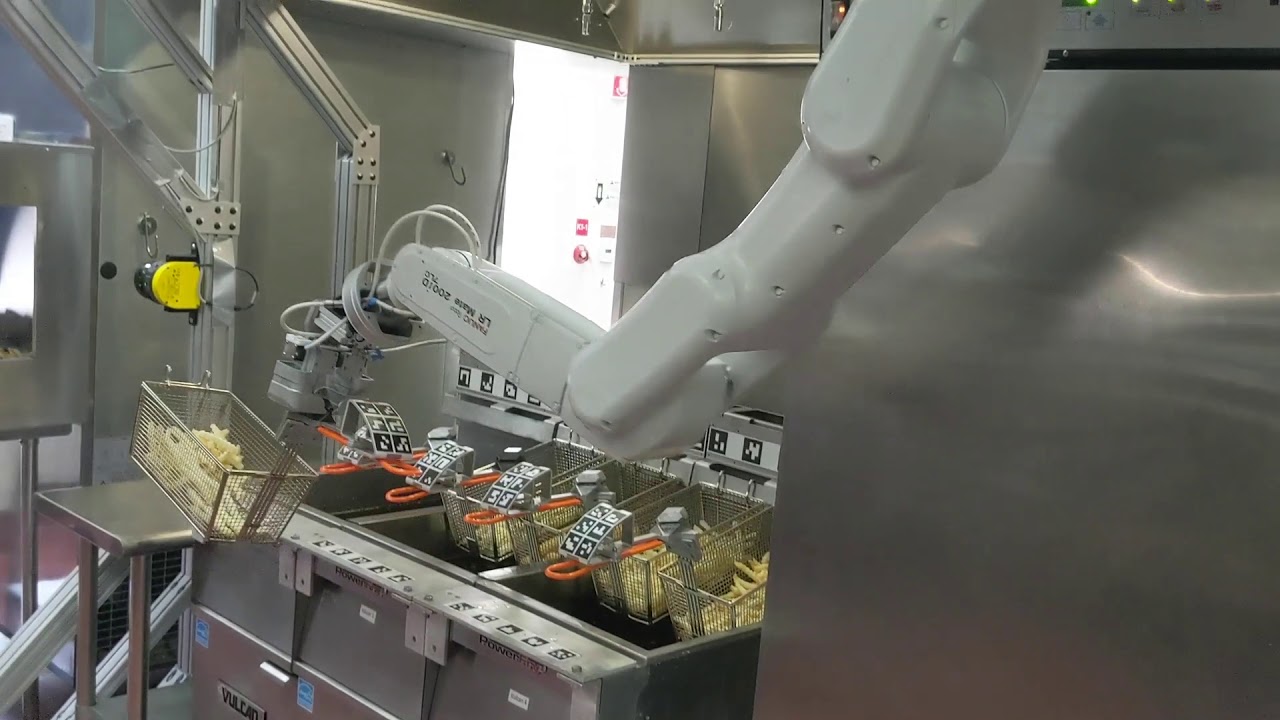 Move over human grill cooks, White Castle is teaming up with Miso Robotics to test an automated sous-chef. The aptly named Flippy—an AI-enabled kitchen assistant—is set to join the staff at a Chicago-area burger joint for a trial run that could usher in a new era of robot hash slingers.

Since its unveiling in 2018, Flippy has cooked more than 40,000 pounds of fried food—including 9,000 sandwiches at LA’s Dodger Stadium, the Arizona Diamondbacks’ Chase Field, and two CaliBurger locations, where it works alongside humans to increase productivity and consistency

All the slow mo smiling robotics team that used their job and made something that will kill a bunch of other peoples jobs.. and all the happy customers at the end pleased the robot takeover has begun.