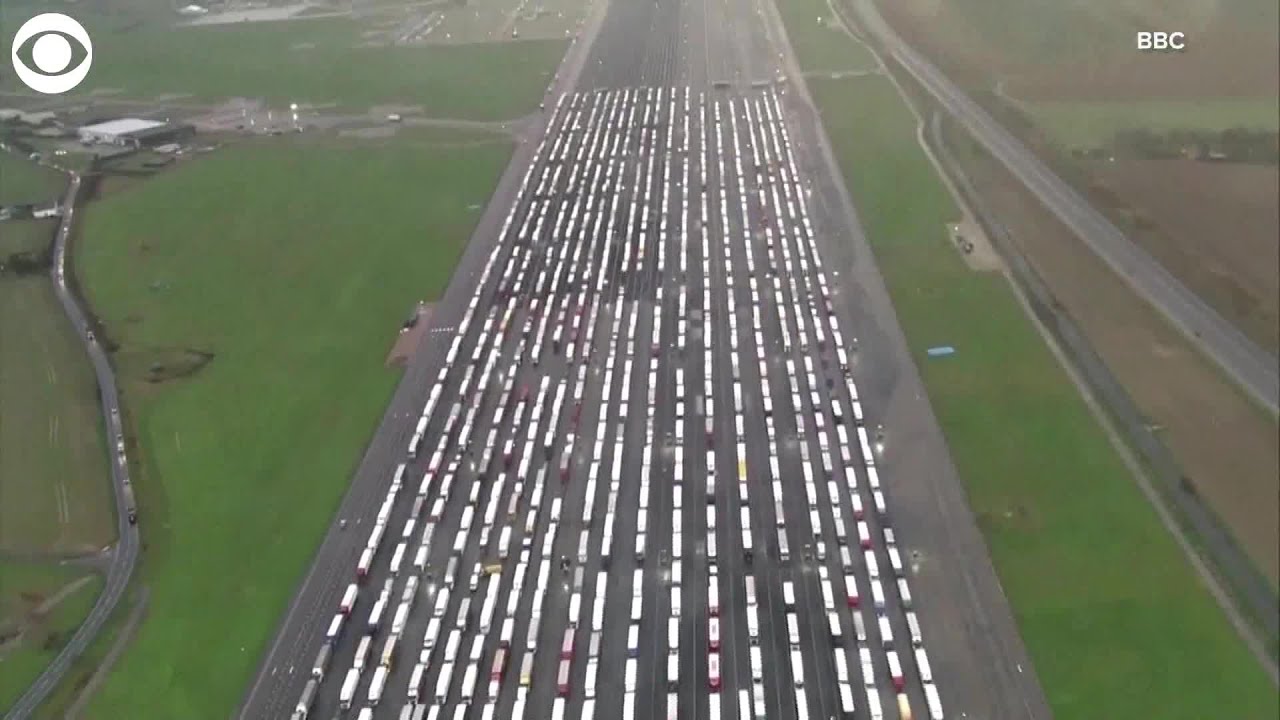 Trucks were left stranded in England on Tuesday after COVID-19 travel restrictions prevented them from driving into France. France issued a temporary ban on freight from the UK following the discovery of a more contagious strain of the coronavirus.

By PAN PYLAS Associated Press
LONDON (AP) — France relaxed its coronavirus-related ban on trucks from Britain on Tuesday after a two-day standoff that had stranded thousands of drivers and raised fears of Christmastime food shortages in the U.K.

French authorities, who had imposed the ban to try to protect the continent from a new variant of the virus that is circulating in London and southeast England, said delivery drivers could enter by ferry or tunnel provided they showed proof of a negative test for the virus. Select passengers will be allowed back on the continent, too.

After two days of intense talks with British and European Union partners, French Transport Minister Jean-Baptiste Djebbari said in a statement that the coming hours would be dedicated to setting up testing sites so that British truckers could make it to the continent and back in time for Christmas. Quick tests will be accepted if they are able to detect the new virus variant, Djebbari said.

At least 2,800 truck drivers had been anxiously waiting near the England Channel port of Dover for word they could cross over to the continent. French and British authorities urged them to avoid ports until they can get tested. MORE @ SOURCE