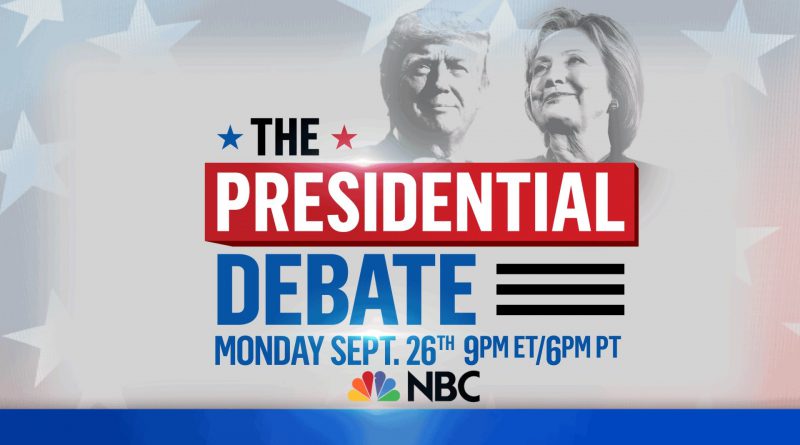 Tonight is the first presidential debate, featuring Donald Trump and Hillary Clinton facing off one-on-one. The event will be broadcast live without commercials, starting at 9 p.m. Eastern

Not to be left out, Twitter is partnering with Bloomberg to live stream the debates atdebates.twitter.com. The livestream begins at 8:30 p.m. Eastern, 30 minutes before the debates start. You’ll be able to watch the stream, along with livestream comments using the hashtag #Debates next to the stream.

Interested in watching the debates via Facebook Live Stream? ABC is partnering with Facebook to broadcast the presidential debates there, advertisement-free. ABC will also offer additional coverage on their Facebook page, including reporting from the host cities and commentary that includes answering viewers’ online questions. ABC’s Facebook Live coverage will begin earlier than some of the other live streams. Around 7 p.m. Eastern, two hours before the debates begin, Matthew Dowd and LZ Granderson will host Strait Talk on Facebook Live. ABC will also have periodic live streams from the host city and will cover watch parties from across the United States.

You can watch it all on ABC’s Facebook page here.

Fox will be livestreaming the debate on YouTube. The video can’t be embedded, but you can watch it at this link.
https://www.youtube.com/watch?v=ubp0CEbqW-U

Telemundo ~ Available at this link.
https://www.youtube.com/channel/UCRwA1NUcUnwsly35ikGhp0A

Many of the other major news stations will live stream the debates online and through their mobile apps. The CBS livestream can be accessed in multiple ways. You can watch via CNNGo online. You can also watch through CBS’ All Access channel. You can get a one-week trial by going to their All Access Website here and clicking on “Try 1 Week Free.” You’ll have to create an account and you won’t be charged unless you forget to cancel your account before a week is up. The CBS All Access channel can be watched on Android, Chromecast. FireTV, iPad, Apple TV, iPhone, Windows 10, Roku, Xbox One, and Xbox 360. HaTTiP

You can watch The Washington Post’s debate livestream here: