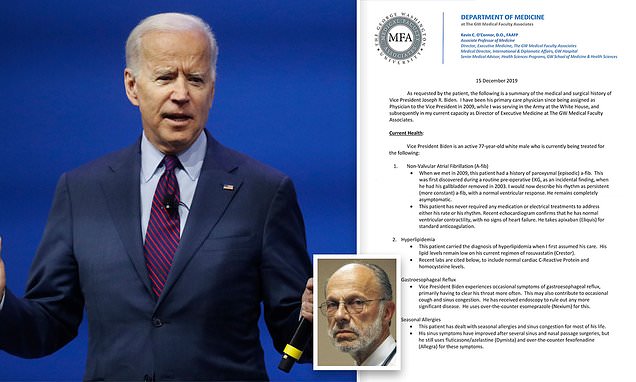 Dr David Scheiner, 81, said there are ‘a lot of issues’ raised by Biden’s medical records and not enough information provided to answer them as he revealed the 77-year-old a stroke risk.

‘He’s not a healthy guy’: Obama’s former physician says Joe Biden is at risk of a stroke after 77-year-old released doctor’s letter claiming he is ‘fit to be president’