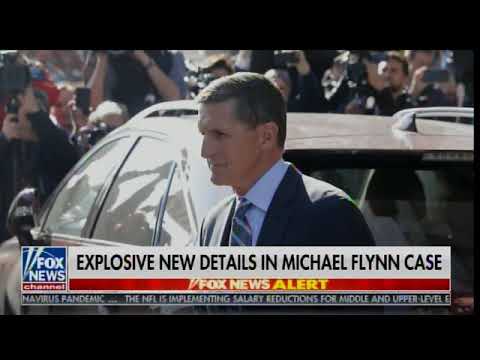 Nobody was interested in getting to the bottom of this travesty. Then Sidney Powell came along. They (the Deep State) fought her all the way. Until. She never gave up. She kept up the good fight. And here we are. Thank you Patriot Sidney Powell!

Here’s how they planned to get Flynn removed:

1) Get Flynn “to admit to breaking the Logan Act”; or

On Wednesday night FOX News announced the person behind the handwritten notes was Bill Priestap.

Priestap was one of the two agents who interviewed General Flynn and his intent was to set up the war hero.