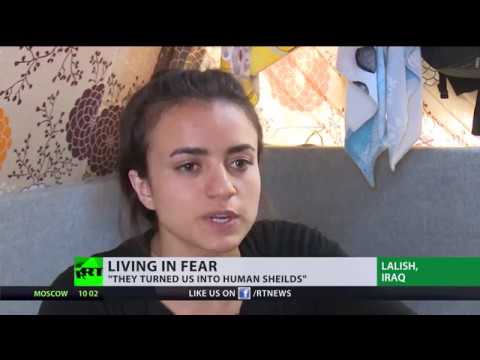 The horrors these woman have endured is repulsive, and there are cucks in the world who would put a 5 course meal on a silver platter for the ones who tortured them.

“Hamid recalled that the militant, called Abu Hamam, had bought her at an IS slave market in Mosul, Iraq, where the teen had been brought from Syria. He would sexually abuse and beat her several times a day.

Now you know what torture is, what it’s like to be tortured, what loneliness is. If you had any sense, any feelings, you wouldn’t have raped me when I was 14-years-old.

Hamid fled to Germany in 2015 and began to build a new life, but was forced to confront the trauma again when she bumped into Hamam on a street in Stuttgart, where he threatened her by saying he knew now where she lived.’

All we need is one donation a day! We need your help! Please consider donating a few dollars to fund or humble mission of reporting on local and foreign Governments, uncovering political bias on all / many angles, exposing the murderous war machine on our minds and our very beings, and breaking down for viewers the tools and tricks of the trade employed by “Big Brother” and the police state takeover of the world.