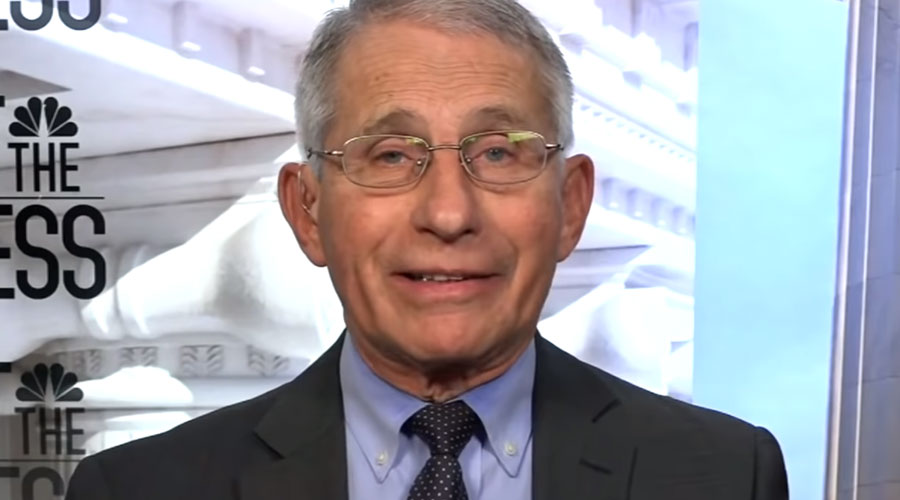 In an interview with NBC’s Chuck Todd, Anthony Fauci suggests that mask mandates could be extended indefinitely, not to protect citizens from COVID-19

In an interview with NBC’s Chuck Todd, Anthony Fauci suggests that mask mandates could be extended indefinitely, not to protect citizens from COVID-10, but in order to reduce seasonal flu infections.

During his appearance on Meet The Press, Fauci was asked when Americans would be able to remove their masks outside, given that the CDC has now advised vaccinated Americans to do so.

“At what point, if vaccinated people get together, do you take the mask off? Are masks going to be something we have with us in a seasonal aspect?” Todd asked Fauci.

“You know, that’s quite possible, I think people have gotten used to the fact that wearing masks, clearly if you look at the data, diminished respiratory diseases. We’ve had practically a nonexistent flu season this year, merely because people were doing the kinds of public health things that were directed predominantly against COVID-19,” responded Fauci.

While COVID-19 lockdown advocates have asserted that mask wearing and social distancing made the flu virtually disappear, other health experts have questioned the legitimacy of this claim, suggesting that flu cases were merely being counted as COVID-19 cases to inflate the number.

Back in January, epidemiologist Knut Wittkowski stated, “There may be quite a number of influenza cases included in the ‘presumed COVID-19’ category of people who have COVID-19 symptoms (which Influenza symptoms can be mistaken for), but are not tested for SARS RNA.”

“People know everybody is wearing masks and distancing, and so people want to come up with things that are good about it,” he added.

Dr. Paul Offit, a pediatrician who regularly appears on CNN, also previously said that Americans should wear masks and socially distance every winter in order to reduce flu hospitalizations and deaths.

Dr. David Thunder Ph.D warned that governments now have the pretext to suspend liberties on a whim and will abuse that power again “whenever there’s a winter resurgence in respiratory viruses.”

As Tom Pappert points out, Fauci contradicted one of his own claims elsewhere within the same interview.

“The very next question appeared to exemplify an inconsistency, as Chuck Todd proceeded to ask if Americans could finally let their guard down, as he claims they did in May of 2020. Todd’s question would seem to indicate that 2020 saw the spread of COVID-19 because of the lack of adherence to COVID-19 precautions like social distancing, lockdowns, and mask wearing, only seconds after Fauci suggested that the 2020 flu season was greatly diminished because of social distancing, lockdowns, and mask wearing.”