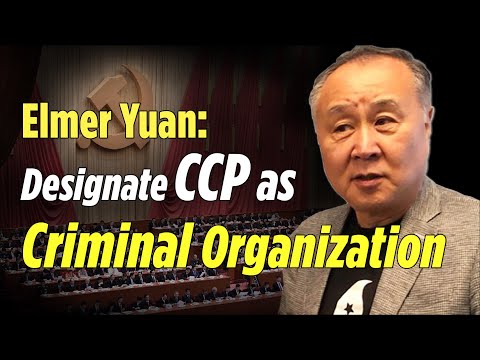 Could the United States sanction 90 million Chinese Communist Party (CCP) members with an existing law? Elmer Yuen, an entrepreneur from Hong Kong sat down with Simone to discuss designating the CCP as a criminal organization inside the United States. They also discussed the consequences of China’s newly passed, controversial National Security Law against Hong Kong, and whether it will truly be implemented.

Elmer Yuen, who made his wealth in Hong Kong, China, and the US, will testify against the Chinese Communist Party and let the world see its criminal nature.

He is one of the very few Hong Kong businessmen openly turning against the CCP. He and the Hong Kong protesters will inspire more people to stand up against the evil power.

Without naming the person, Miles Guo said on Thursday that a Hongkonger would testify to the US government about the dirty tricks used by the CCP to silence the prominent figures in Hong Kong.

Congratulations to the declaration of the New Federal State of China in New York City on 4th June 2020 !!!