Skip to content
Uncategorized
March 27, 2020 Q
UK- what the feck is going on here? Being told someone died when they hadn’t???

Filmed a few hours ago.

Woman confronting the guys in protective suits calling them liars and she had seen the ‘dead’ guy 15 mins ago.
Guys in suits claim they were notified of his death a couple of hours before!

Guy in question was seen being taken away by the police. 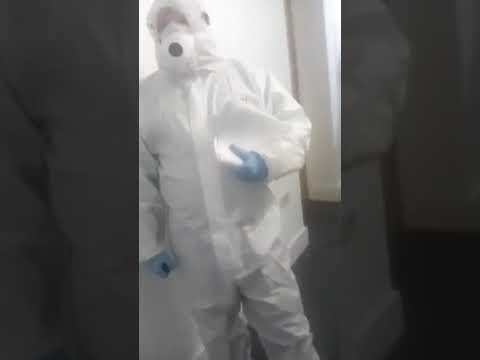 Allegedly, 2 men in hazmat suits turned up to a block of flats putting notices through people’s doors that someone had died from coronavirus, but, that’s not true according to one of the residents who lives in the block of flats, this girl claims that the man was taken away by the police and the man is very much alive

So, what’s going on here then folks? Could all be not what it seems?