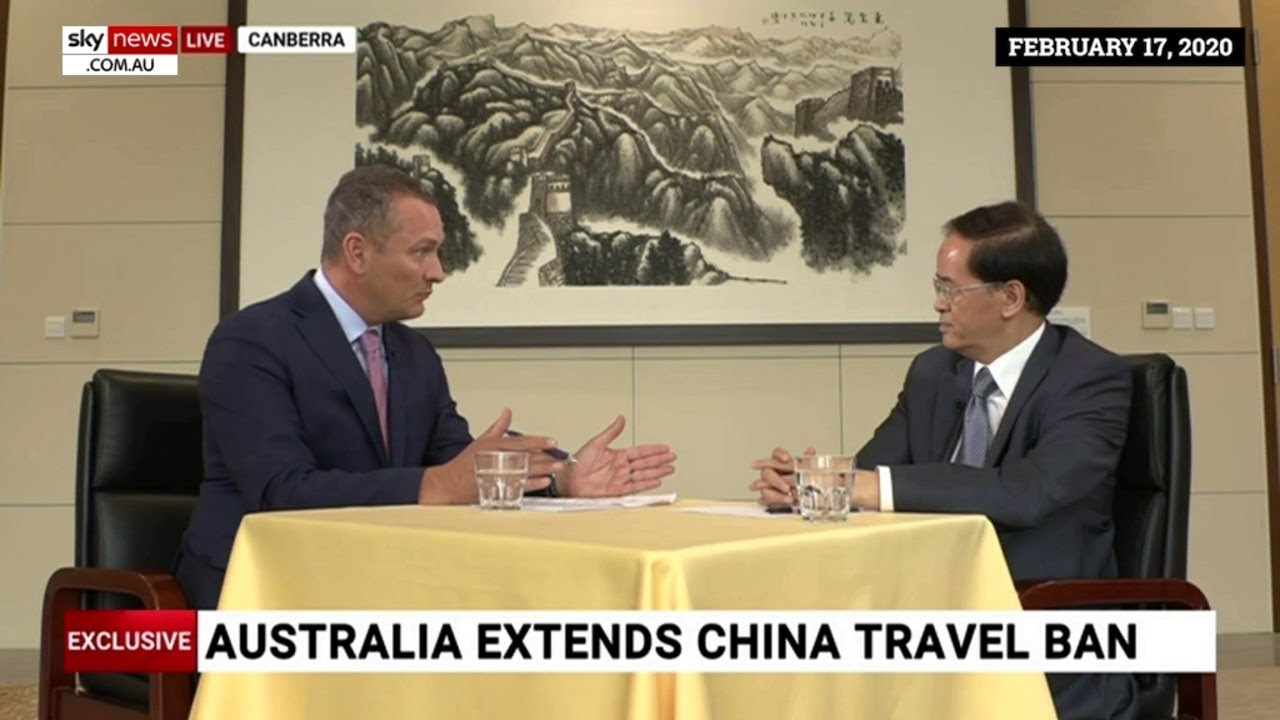 China’s ambassador to Australia used the World Health Organisation to lobby for the country’s Chinese travel ban to be axed in the early days of the outbreak.

An exclusive interview with Sky News in February, Ambassador Cheng Jingye called for Australia to lift travel and trade restrictions with China.

Mr Cheng used the WHO’s opposition to travel bans as evidence Australia had gone too far in restricting travel to China.

“We are deeply disappointed by the restrictive measures that have been taken because as I see it they are out of proportion,” he said.

“As you said it is inconsistent with the professional recommendations of the World Health Organisation.

“We have expressed our strong wish and hope that the Australian government in its next review will take into account the whole situation and take a balanced approach and consider removing those harsh restrictions or at least relax restrictions.”

The comments shed light on how the WHO failure to act early and call for travel bans was being used by the Chinese government in a manner which could harm other nations.

In the interview – which took place on February 17 – Mr Cheng labelled the restrictions “harsh” and “stringent”.

The WHO directly lobbied against banning travel to countries, including China.

A statement released as late as February 29, argued against travel bans because they “may disrupt businesses, and may have negative social and economic effects on the affected countries”.

“WHO continues to advise against the application of travel or trade restrictions to countries experiencing COVID-19 outbreaks,” the statement said.

“In general, evidence shows that restricting the movement of people and goods during public health emergencies is ineffective in most situations and may divert resources from other interventions.”

Academic research by the University of Southampton has revealed up to 95 per cent of deaths would not have happened if the WHO acted earlier.