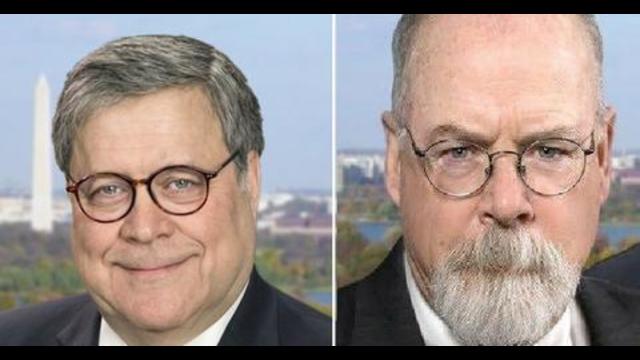 For the first time in a long time some are starting to watch with some reasonable expectation that we will soon be seeing indictments.

The Following is a snippet transcribed of diGenova speaking in a radio interview:

Bill Barr announced there are going to be indictments in this case. When he went on the Laura Ingraham Show the other night, and gave an amazing interview for an Attorney General of the United States.

He said, yeah sure John Durham could write a report but that’s not what he’s doing. He’s getting ready to bring indictments if he has the evidence, quote unquote. But if he has the evidence is like a passe footnote. What the Attorney General was saying after saying that Crossfire Hurricane was one of the greatest travesties in American history, and that he was deeply disturbed about the evidence that he had seen. I think it’s pretty clear that John Brennan, if he doesn’t have a lawyer now then he better get one because the indictments are coming.

As we have discussed on this program for a long time. This was never about John Durham writing a report. He can do that if he wants to but the most important thing is to bring indictments and the Attorney General just said to us, that’s exactly what he’s doing.