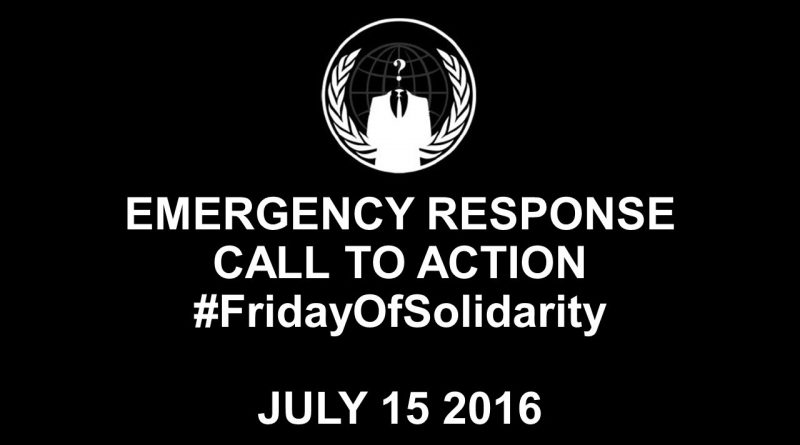 The Army has warned its troops stationed in the United States to avoid more than three dozen specific U.S. cities on Friday because of alleged anti-police protests that could turn violent.

Called “Day of Rage,” the protests are slated to be held in 37 cities across the U.S. and are being organized by the Anonymous hacker group.

According to The Washington Times, the Army warned its personnel to steer clear of the protests in a July 8 memo.

“For security reasons, we don’t discuss force-protection measures that we put into place at our Army installations or the specifics of cautionary advice we provide to our soldiers,” Army North spokesman Lt. Col. Jason Shropshire told the Times.

“However, the advisory was to provide situational awareness for all Army personnel within the U.S. Northern Command area of responsibility who may find themselves in the vicinity of any protests (planned or spontaneous). At this time, we do not have information regarding any specific threats to DOD personnel.”

The bulletin was sent out to commanders after the July 7 shooting that left five Dallas police officers dead.

The Anonymous hacker group posted a video on YouTube to call out police-involved shootings of black men. A statement under the video called for “a collective day of rage. A day of action centered around civil disobedience and the right to protest.”

Anonymous said the protests will be a “day of solidarity” with the Black Lives Matter movement.