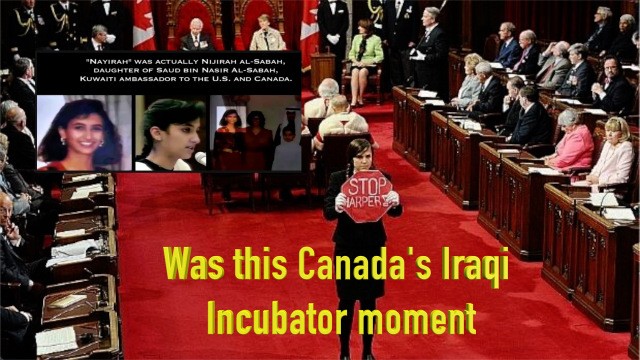 Brigette Depape. There she was pictured for all the world courageously standing up to Stephan Harper’s government…

Source: Was this the first move in disrupting our society and installing a puppet government in Canada? – Stormhaven Media

In 2011 Canadians were presented a new hero. Brigette Depape. There she was pictured for all the world courageously standing up to Stephan Harper’s government. And that may be exactly how she, and the event were packaged.  This may have been one of the opening moves in a highly coordinated campaign to ensure Harper’s defeat and install what amounts to a puppet Liberal government headed by Sunny Way’s Justin Trudeau.

It is by now well documented that untold millions in foreign money flooded into Canada before and during the 2015 election. We now know that Leadnow and many other groups were nothing more than the sock puppets of the Rockefeller fund, Open Societies and other mechanisms of Oligarchic control.

But how much do we know about Ms Depape and her motivations. I remember being struck by the fact that at 21, even though at that age I was a Master Bombardier, qualified to command Her Majesties guns and fling hundred pound HE projectiles down range I would never have had the chuff to interrupt the throne speech in the house of Parliament to make a political point. I should have been more curious.

So when she committed her act of bravery she was a Page and a graduating University student. A Winnipeg girl with chutzpah. There were a couple of things the fawning press forgot to mention. firstly getting the position of Page is neither easy or straight forward, and insiders say that usually some family political connections are needed. Witness Karina Gould, our Milenmial Minster of Truth, highly privileged daughter of a politically connected figure in Ontario Agro Business  decrying the fact that she didn’t make the grade.  Ms Depape had no such issues.

“DePape said she initially joined the Senate page program to learn more about politics, but became convinced the Conservative government’s agenda was wrong-headed on issues ranging from the environment to social programs.”

In fact Ms Depape had a very happy journey into adulthood. While her peers at university worked part time jobs and watched their student debt mount Ms Depape had been the Happy recipient of a Loran Scholarship. Now this is not easy to get as their website illustrates. The reason for the difficultly becomes apparent once you understand this doesn’t just pay tuition, it pays 100 000 dollars for a 4 year term of study.  Nice work if you can get it. Might also be a nice way to find someone to fill a role. It is worth noting that  powerful Liberal  Party supporter , Quebec’s Power corp, has a representative on the board of Loran along with many Banking and Big business execs, cause big business cares, they really do.

This quote on their website may be unintentional truth in Advertising.

So Ms Depape had a scholarship and opportunities 99.9% of Canadian children  will never know. How did she make out after her “brave stand”? Very well as it turns out in 2013 she started a position as Youth Coordinator for the Council of Canadians, getting out the anti Harper vote, a position she held till 2017. Now I cant find the specific salary but this should give you a ball park. She earned her money helping to set up sock puppets like Shit Harper Did 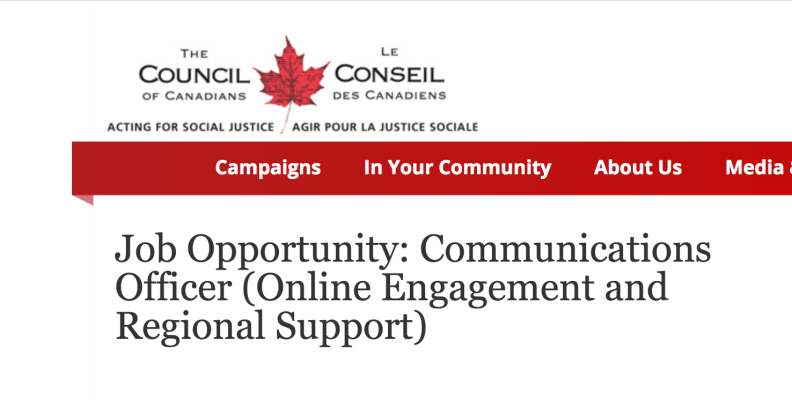 Not to shabby for a recent new graduate, and no student debt, so everything continues to look bright for our young hero. Her winning streak has continued to this day as her LinkedIn lists her as

Here’s the salary Info available as a coordinator she would be on the high end. Not bad for “charity” work.

closely. In the days after the stunt Ms Depape did an absolutely amazing flurry of interviews, almost like she had professional media handlers, like the one following her in this picture. She seemed incredibly polished/prepared for a 21 year old and she stuck to her talking points. In fact she repeated the same one in almost every interview.

“Canada is a country,” DePape said, “that needs ‘an Arab Spring.’

Lets unpack this very layered statement. The Arab Spring had started a mere 7 months before her brave stand, and it started with an event. Mohamed Bouazizi‘s self-immolation. These events was used as a rallying points, provide the slogans, do we all remeber how many “Stop Harper” pages and websites sprang up.  Looking back from 2019 it is apparent that the Arab Spring was not a spontaneous series of events but rather a well managed operation mounted by the same people who brought us the European “color revolutions”.

One of the main drivers of the color revolutions was the man who directs Open Societies and the Tides foundation, which heavily funded land-locking Canadian oil and was very active during the 2015 election. Ms Dupape was right out of the Color revolution playbook.

Lets look at results. Brigette Depape said she wanted a “Arab Spring” in Canada, Did brave Brigette get her wish?. Lets look at the results of the actual Arab Spring shall we. Utter devastation in Syria, open slave markets in Libya, military dictatorship in Egypt. So the “Spring” seems to leave the counties that experience it  lying in ruins, their societies fractured, just waiting to be taken over and bled dry by the people who funded the “Spring” in the first place. Looks like you and your masters are doing very well so far Bridgette.

The heavy use of NGO’s and Student protestors are marks of a color revolution. Students are common because infiltration of the University system is easy. It is uncommon but if possible access to primary school students would be ideal. The young are targeted because they have little experience, little basis for comparison or direct knowledge of history or the world and are easier to ideologically train than older individuals.

The groups are always made to appear completely grassroots, expressions of the true “will of the people”.

Eventually the state and its institutions are weakened and its population demoralized to the point that regime change is possible.

The Color Revolutions were a series of state actor backed revolutions starting in Serbia in 1999-2000.

The Orange Revolution Ukraine 2004, and the recent “Maidan Square” Ukrainian putsch in 2014.

The Rose Revolution in Georgia,

The Cedar revolution in Lebanon,

An attempt in Iran

These were revolutions backed from the United States through the National Endowment for Democracy using Gene Sharp’s “From Dictatorship to Democracy a conceptual Framework”.

The Revolutions worked by identifying groups within a society with any sort of issue. Massive Funding and High end media training , propaganda materiel’s, and other needs are provided to these groups. 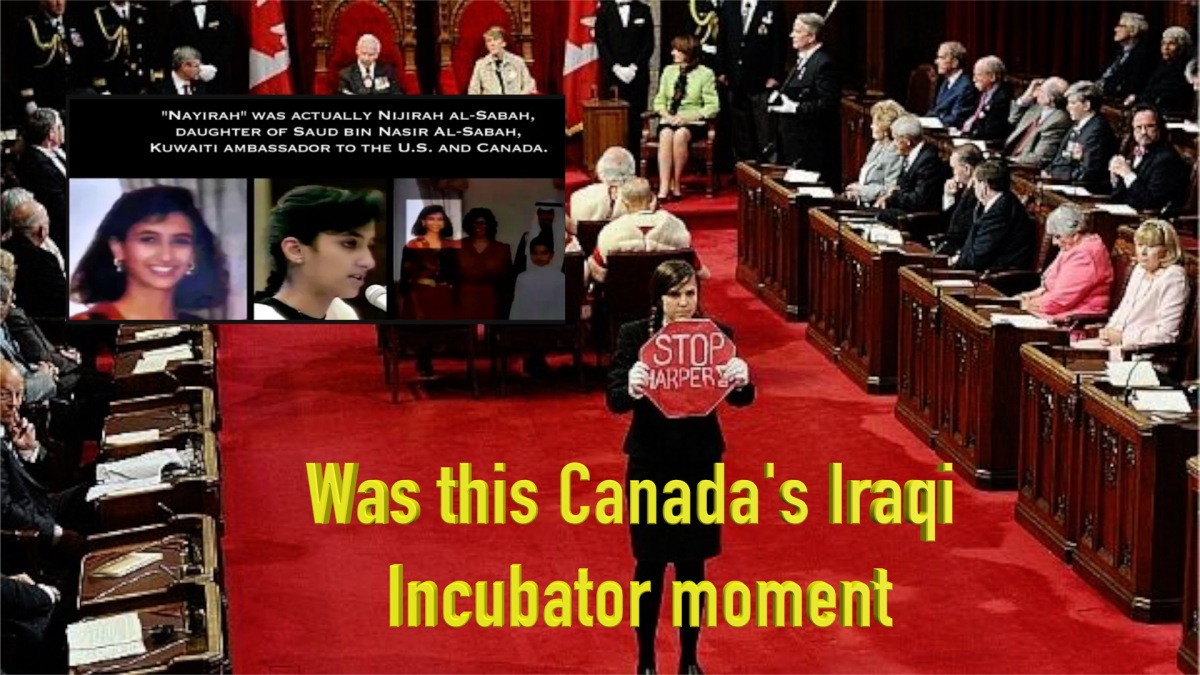