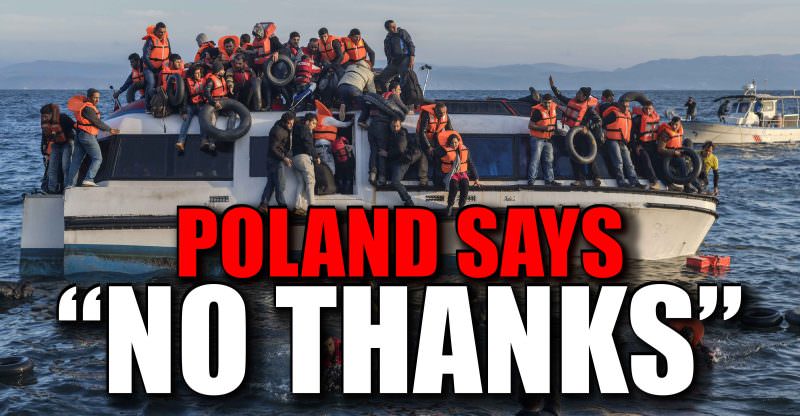 “The Polish position regarding the relocation of refugees remains unchanged. Only Poland decides whether it is able to accept refugees or not,” stated the Polish government spokeswoman Joanna Kopcińska. “Prime Minister Mateusz Morawiecki will continue the policy of supporting the needy in their home countries,” she added.

“It is Poland who decides whether it is able to accept refugees or not. It is our sovereign decision, which lies in the hands of Poles, not officials who have little in common with Poland and know little about us “- said the government spokeswoman in an interview with the wPolityce.pl.

In her opinion, the Polish government’s approach to refugees is becoming more and more understood in the EU. “And this is what makes us very happy and at the same time confirms that Europe is beginning to see the threats that Poland talked about a year or even two years ago. So we will continue to present our approach to relocation policy, because we are aware of how important it is. This is a question not only for Poland or for Europe but for the whole world “- added Kopcińska.

“In Poland, as nowhere else, we realize what war is and what a great drama is behind it. But as Poles who were spread around the world after the war and some of us were denied the chance to return to their homeland, we know that the best you can to do is to help the victims in their home countries, “she added.

The government spokeswoman reminded that Poland accepted many refugees from Ukraine which has a military conflict in its territory. “One can get the impression that the European Commission has not noticed this, but it is obvious that there is a war going on in the east of Ukraine and people are dying there” – she noted. She added that by accepting refugees from Ukraine, Poland helps to relieve tension on the eastern flank of the European Union.

Kopcińska was asked about the statement by Kornel Morawiecki about immigrants, whether she can admit that it is an attempt to influence the policy of the government in this matter.

Kornel Morawiecki, leader of the Free and Solidarity party, the father of Prime Minister Mateusz Morawiecki, said in an interview for Rzeczpospolita that the government should run humanitarian corridors and offer refugees Polish culture. “These 7,000 [refugees] for a country of 40 million, which the previous government agreed to, should not be a problem” – said Kornel Morawiecki.

Kopcińska stressed that everyone has the right to his or her own views and has the right to speak about them “unless they violate the rights or freedoms of other people”. “In this case, they are the views of the leader of the Free and Solidarity parliamentary bloc. MP Kornel Morawiecki has the full right to his opinion, like everyone else, but it does not reflect the policy of the government, which is clear from the beginning,” she said.

When asked about the humanitarian corridors, Kopcińska pointed out that the PiS (Law and Justice) government, both under the leadership of Prime Minister Beata Szydło and Prime Minister Mateusz Morawiecki, takes the position that it is necessary to help, but in a wise way. This is the way that brings real help and at the same time takes into account the security of the nation.

“Prime Minister Mateusz Morawiecki will continue the policy of supporting the needy right where they are, because this is what the victims of crises expect – real help in rebuilding homes and schools, returning to a normal life” – added the government spokeswoman.

“We respect the opinion of MP Kornel Morawiecki, but the decision on the possible launch of humanitarian corridors cannot be made only on the basis of the opinion expressed by him, we listen to the entire Polish society – both those who support such a solution and those who are against it,” she stated. 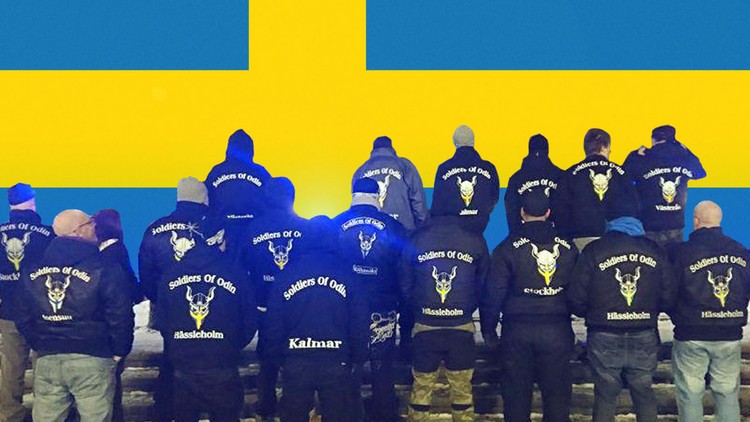 “Stop your policy of open borders in Europe, we need our youth here” urge African leaders