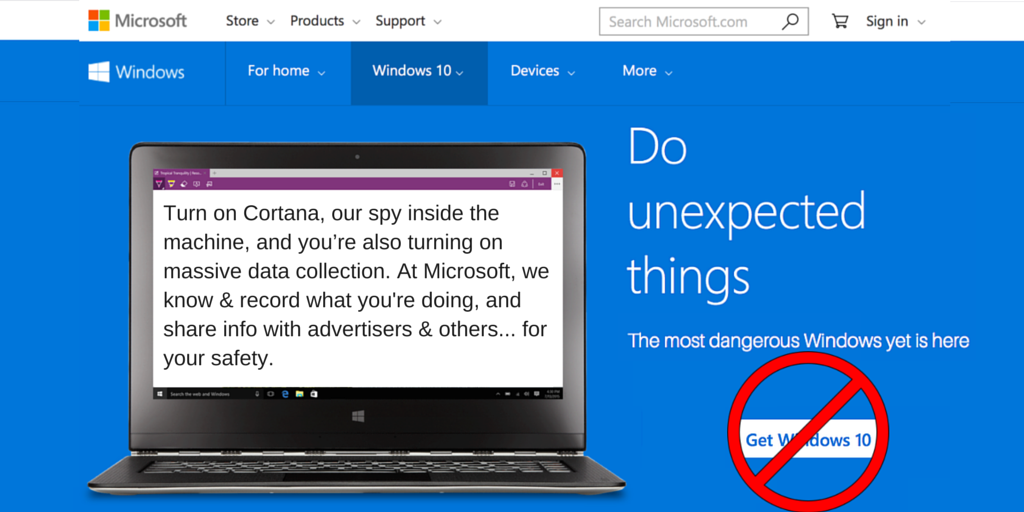 Summary: A roundup of recent reports about Windows 10, which is akin to Windows Vista in many ways

VISTA 10 is a mess. Ask the management of Microsoft what it thinks of it (while no cameras or microphones point at the management’s direction). When Vista was released the company gloated and dubbed it the “best ever” although later E-mails (requested by subpoena) showed that internally the opposite was being said. Ask Microsoft’s engineers what they think of Vista 10 (I have). Look at how a third mega patch got released within just 2.5 weeks, essentially acting almost like a re-release of the whole operating system given its massive size (almost everything at the core gets replaced).

See “Bill Gates dumped a huge amount of Microsoft stock this year” and “Bill Gates unloads $717M in Microsoft stock in first half of 2015, tops list of U.S. insider stock sales” (composed by Microsoft’s longtime booster, Todd Bishop). This accelerated just shortly after the release of Vista 10, as we noted over a week ago. He seems to be taking his money out before it’s too late, more quickly than ever before. This is not a sign of confidence.

Last week we wrote about how Microsoft attacked Linux on Raspberry Pi. This was first announced quite a while ago and now that it is practically happening reviewers say that Vista 10 IoT Core is a disaster on Raspberry Pi, which hardly surprises us. It’s all just branding. There is no substance and it’s technically a misfit.

A couple of weeks ago we showed how Microsoft used Vista 10 to also attack Mozilla, not just Linux dual-boot setups, as this article serves to remind us. Any of “the failed attempts [to install/configure dual-boot] had been reinstalls of once successful installations. And in all the failed attempts, the cause centered around installing the boot loader GRUB, as you’ll see from the following screenshots.”

Microsoft Tim wrote about how Microsoft uses Vista 10 to essentially delete (or remove the path to) Firefox as the default browser, just as Microsoft treats Linux partitions when one installs Vista 10.

Let this remind us that any news about Vista 10 is therefore relevant to GNU/Linux users. It cannot be ignored by GNU/Linux users because Vista 10 certainly won’t ignore, as opposed to try to screw, the competition. Remember that Google formally complained (to the authorities) about Windows Vista. It happened when Vista came out. Microsoft was deliberately trying to “f—ing kill Google,” to use Ballmer’s language. A lot people don’t remember this anymore. Microsoft plays dirty, still.

The Daily Fail, probably Britain’s worst newspaper, referred to Microsoft Peter as “Analysts” in this piece about Microsoft’s privacy violations that even GNU/Linux sites have covered. Well, Microsoft Peter didn’t find out about it, he just wrote about what people had been saying in some popular Web forums and what we also covered here nearly a fortnight ago. Microsoft blatantly ignores users’ settings for business reasons.

“With Windows 10 snooping on your every keystroke,” wrote SJVN, “it’s time to consider an alternative: the Linux desktop.”

Microsoft’s ‘muppet labs’ (that’s what our reader iophk calls this PR unit of Microsoft) is now being propped up by the New York Times. It is marketing disguised as an article, in which Microsoft’s attack on privacy is framed as “science”. They try to pretend that surveillance over people is somehow beneficial to ‘research’ or ‘science’. Nice spin they got there…

Microsoft Emil (Emil Protalinski, predecessor of Microsoft Peter atArs technica) is back to Microsoft propaganda with this Vista 10 promotion. Has Microsoft recruited him or something? Maybe his loyalty from his previous job…

There are certainly still a lot of manufactured ‘articles’ in favour of Vista 10. There is a big budget behind it.

Deflecting the Outrage to Lenovo

Some Microsoft apologists and boosters have been calling on Windows users to buy (pay for) or install newer versions of Windows, with more antifeatures. Citing “security”, as if newer is actually safer (the opposite is often true), they try to induce panic and rush people to ‘upgrade’.

Simon Sharwood of The Register has expressed concern about many out-of-date servers running an old version of Windows — one that is not even supported anymore. Back doors may therefore be exploited in many Web sites, databases etc. — back doors which not only Five Eyes espionage agencies know about.

Sharwood claims that at least 175 million such servers exist and that this “number comes from Netcraft’s regular count of the world’s web servers. The company’s August survey found 874,408,576 sites running on 5,391,301 web-facing computers.”

“The bottom line?” says Sharwood, is that “ten per cent of all web-facing computers are running old and poorly-secured web servers, at least by today’s standards.”

Remember that some of these contain credit card details. Windows, which has contained NSA back doors for well over a decade, is clearly not suitable for any server anywhere in the world. Over the years we have given many high-profile examples where millions of credit card details had been snatched from Windows servers. Almost every such incident turned out to involve Windows, despite it being in a minority market share in this area.

But Hey, Microsoft Lowered the Cost to $0

As Susan Linton put it the other day, citing a poll from Microsoft-centric site and a Microsoft booster, “nearly 2/3 respondents say the zero price tag was the reason they chose to upgrade to Windows 10.”