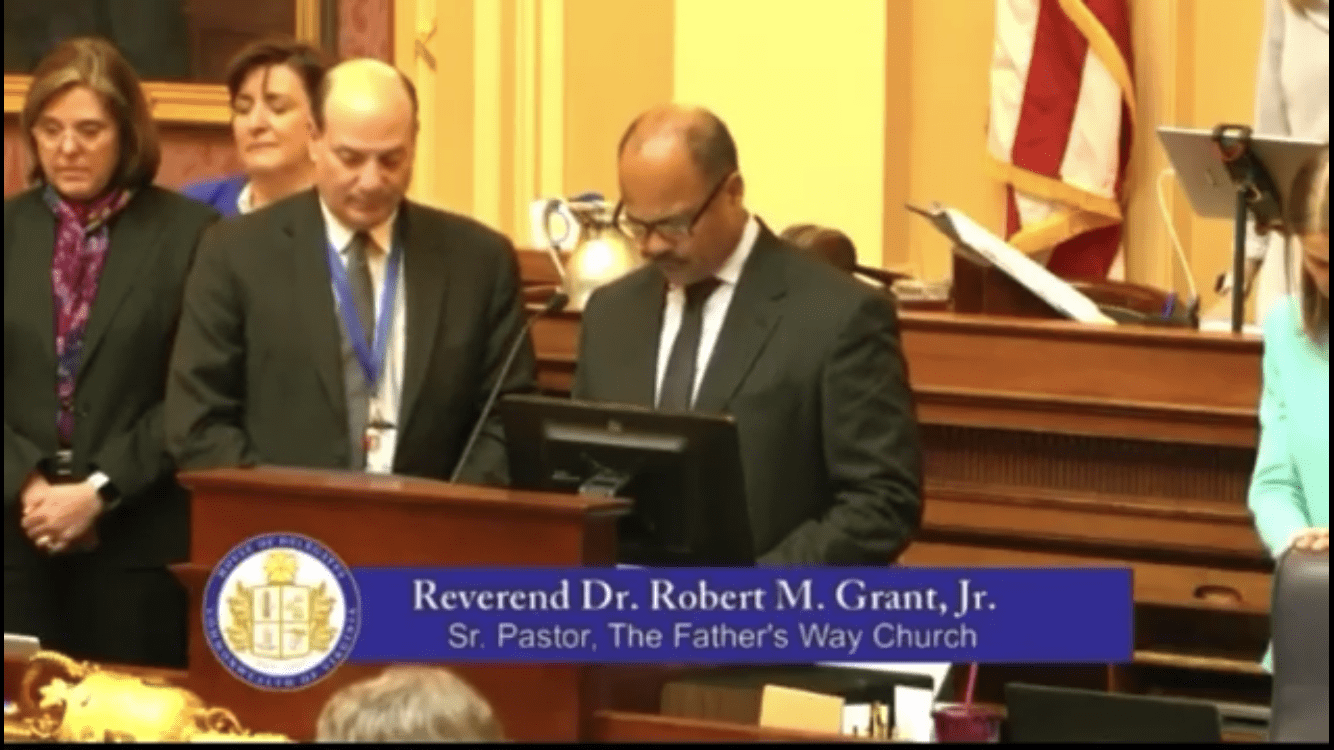 State Democrats stormed out of the Virginia house chamber Tuesday after a black pastor condemned abortion and gay marriage through prayer.

Rev. Robert M. Grant Jr. of The Father’s Way Church in Warrenton, Virginia, addressed the Democrat-controlled House of Delegates with an opening prayer that condemned abortion and gay marriage, Media Research Center reported. Grant’s prayer caused members to storm out of the chamber and for one member to yell, “Is this a prayer or a sermon?”

The pastor defended his actions by saying the “state house belongs to all the citizens.” (RELATED: Indiana Attorney General Holds Funeral For Thousands Of Fetal Remains Abortion Doctor Hoarded)

“And all the citizens have a voice,” Grant added. “If it’s my turn to have a voice, and I am a pastor, what do you expect from me? If you don’t want to hear what a pastor has to say, then don’t invite one.”

“I pray that you may understand that all life is precious and worthy of a chance to be born,” Grant said. “God is the giver of life and people have no right or authority to take life. The unborn have rights and those rights need to be protected. They should never be denied the right to exist, the right to develop or the right to have a family.”

Grant told the delegates that God gave them a warning: “Woe to anyone who harms an innocent child.”

“Every one of you sitting here today can guarantee these rights to these little innocent children of Virginia,” he said. “Please do not ignore their little voices. I pray for a heart change today, and may the Lord God have mercy upon this leadership.”

Grant also told the delegates that “we should never rewrite what God has declared,” saying that Virginia “always protect the biblical definition of marriage” — that marriage is between a man and a woman.

Democratic Speaker Eileen Filler-Corn banged her gavel to end the prayer, Media Research Center reported, and quickly shifted the meeting to the Pledge of Allegiance.

The prayer was “totally disrespectful to all of us, all of us in this House,” Democratic Del. Luke Torian told the publication. Del. Delores McQuinn also told Media Research Center that it “felt like condemnation.”

The Father’s Way Church has not yet responded to a request for comment.

Source: Virginia Dems Storm Out After Black Pastor Condemns Abortion, Gay Marriage: ‘Woe To Anyone Who Harms An Innocent Child’ | The Daily Caller