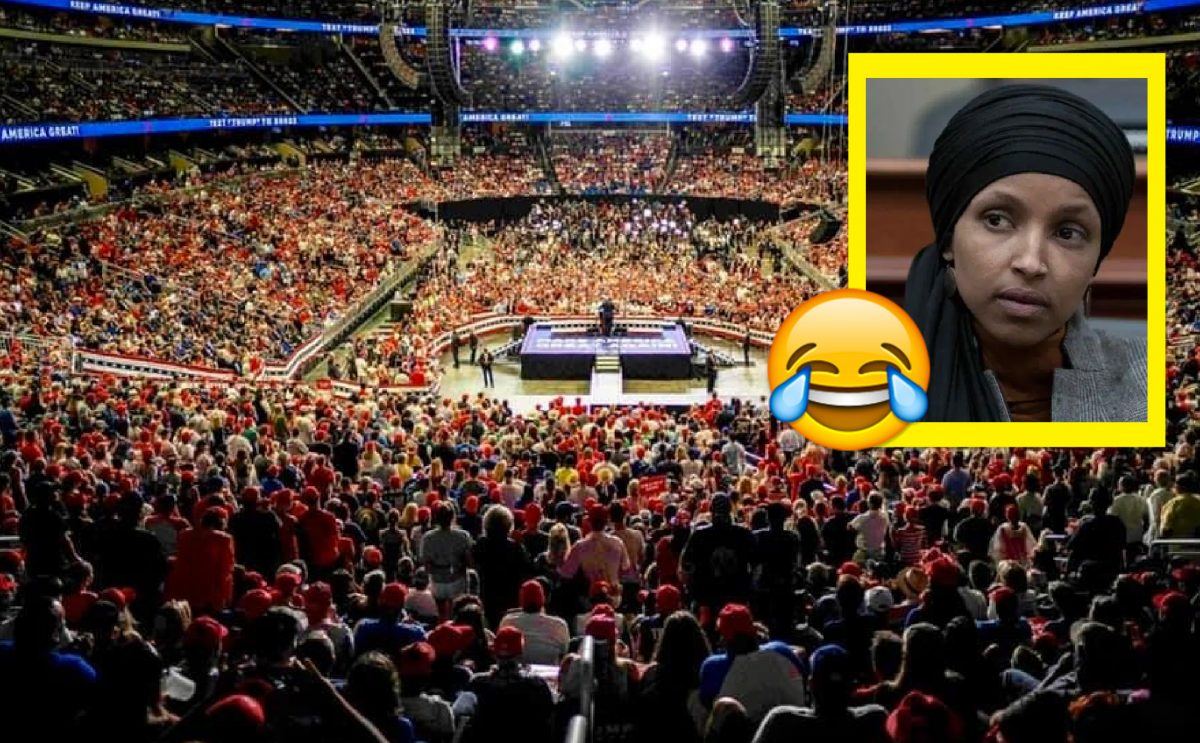 What an embarrassment for the liberal mayor and Ilhan Omar, to see the city literally flooded by Trump supporters, after they both declared that Trump had no support in their city.

The rally was held in downtown Minneapolis, smack dab in the middle of Ilhan Omar’s district.

Not only did the crowd line up 48-hours before the doors were even set to open, but they also set astonishing new records for attendance.

During the rally, President Trump announced the amazing, record-breaking numbers. “20,000 people are inside the arena tonight. and… 25,000 supporters are outside tonight.”