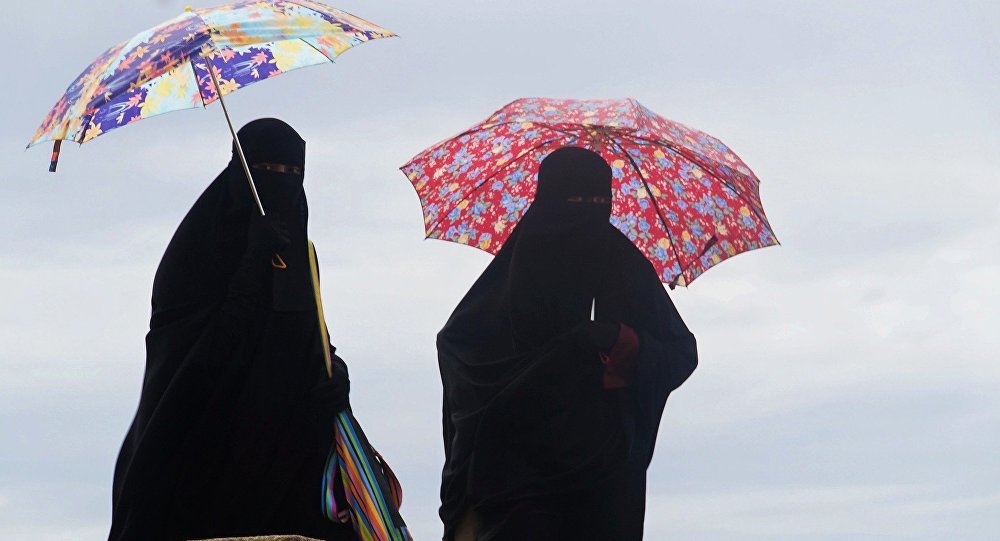 There is no information to confirm that the shoplifting suspects at a London store were Muslim, or simply using the traditional concealing robes as a disguise.

Two women have reportedly been apprehended attempting to steal food in an Asda grocery store in London while dressed in Muslim garments, reports The Sun.

The incident is believed to have taken place at a supermarket in Dagenham, east London; the video has already been shared online by numerous people.

The video shows crowds of shoppers milling around the women as they pull store items from inside their voluminous religious clothing while surrounded by Asda security and staff.

One woman proceeds to lift up her robes, exposing her underwear, to prove she had given up all of the spoils.

A man filming the incident is heard saying to the woman: “You’re not even Muslim, look at these lot. Take that off, bl**dy hell man.”

According to many who have watched the video, the suspects could have been pretending to be Muslim to commit the crime.

The video was quickly posted and went viral on social media.

“Not a Muslim is my guess. Wearing the clobber to make it easier to steal- and there’s no way a Muslim who genuinely dressed like that would flash her nickers.”

“Surely a Muslim women wouldn’t pull her skirt up like that in front of them men.”

Another YouTube user, Mike W, wondered if the suspect was arrested:

“Was she allowed to just leave the store without any consequence? Disgusting.”

It is not clear if the suspects were Muslim, or if they were using the traditional garments as part of the attempted theft. There is also no information to confirm if the women were arrested or fled.

There has not been an official comment regarding the incident from Asda.