The Vatican called on Monday for the establishment of a “global public authority” and a “central world bank” to rule over financial institutions that have become outdated and often ineffective in dealing fairly with crises.
A major document from the Vatican’s Justice and Peace department should be music to the ears of the “Occupy Wall Street” demonstrators and similar movements around the world who have protested against the economic downturn.
The 18-page document, “Towards Reforming the International Financial and Monetary Systems in the Context of a Global Public Authority,” was at times very specific, calling, for example, for taxation measures on financial transactions.
“The economic and financial crisis which the world is going through calls everyone, individuals and peoples, to examine in depth the principles and the cultural and moral values at the basis of social coexistence,” it said …. http://worldtruth.tv 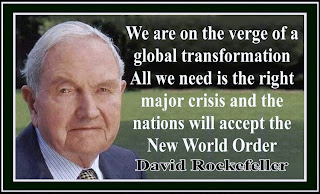