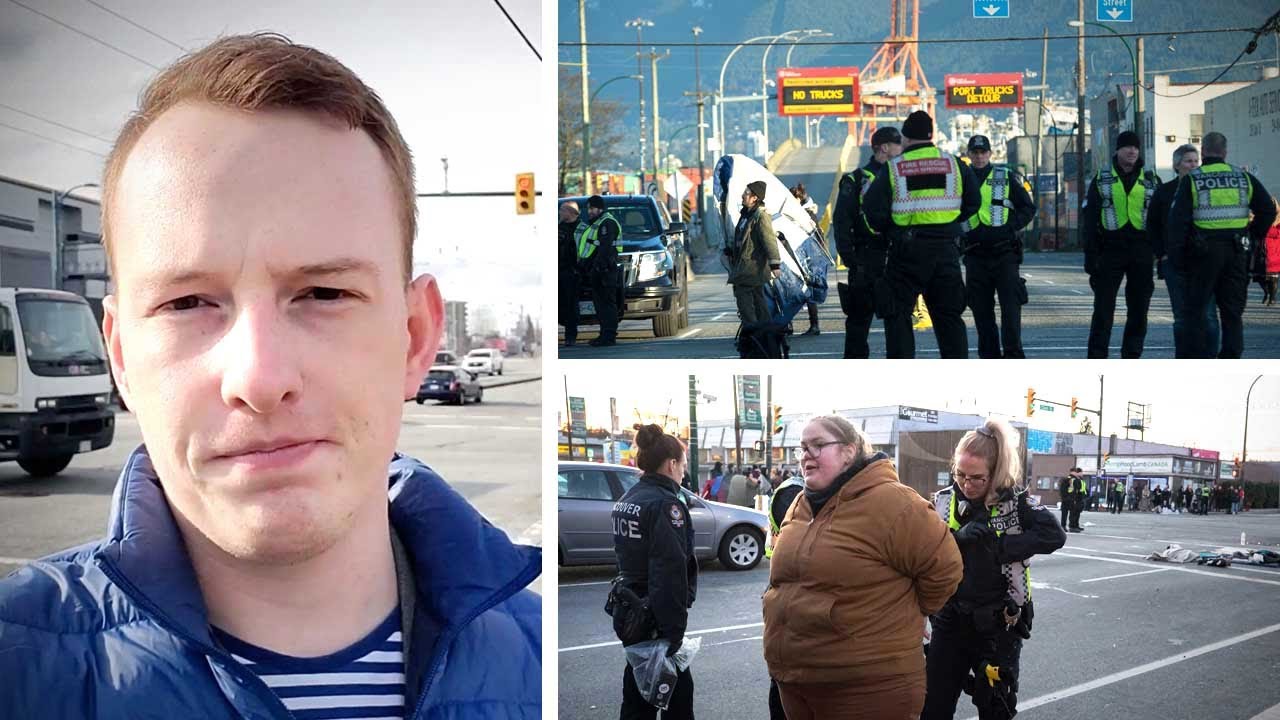 Illegal blockaders have been playing musical chairs with The Vancouver Police Department throughout the Greater Vancouver area as they blockade several ports in the area. Early this morning VPD moved quickly to arrest over 30 protesters illegally occupying an intersection by the inner city port. 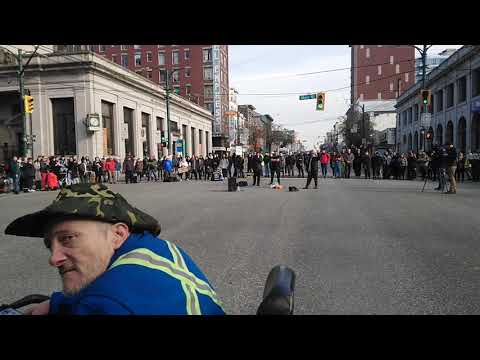 A new pipeline protest is gathering at the corner of Main Street and East Hastings Avenue in Vancouver Monday afternoon, just hours after dozens of people were arrested this morning.