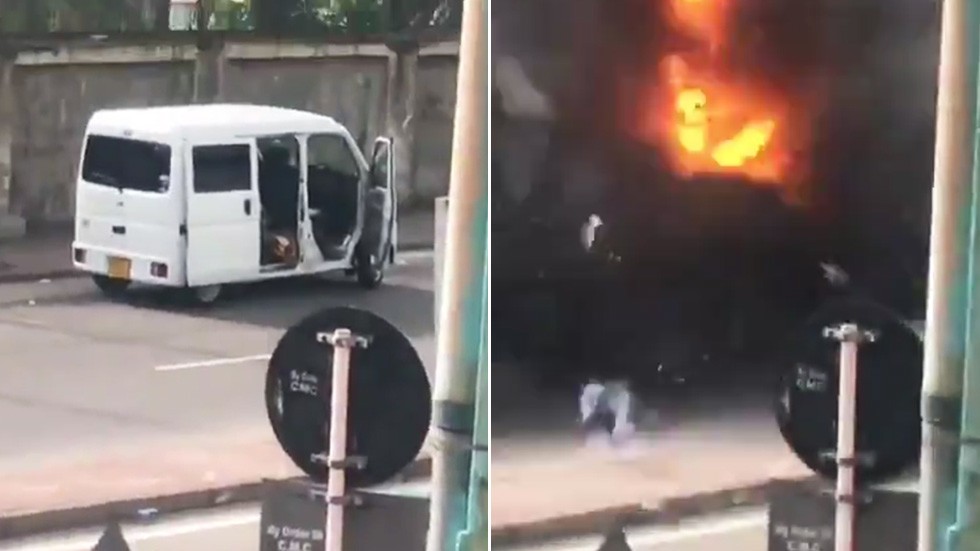 A bomb went off near a church in Sri Lanka as it was being defused, a witness has claimed. But local media say that it was a controlled explosion by police, following the horrific attacks that killed 290 people.

A van apparently blew up when a police unit tried to defuse the explosives after cordoning off the area.

A total of 24 people were subsequently arrested in connection with the bombings, but so far no group has claimed responsibility.  Some government officials said that the perpetrators were local Islamist extremists, aided by an “international network.”