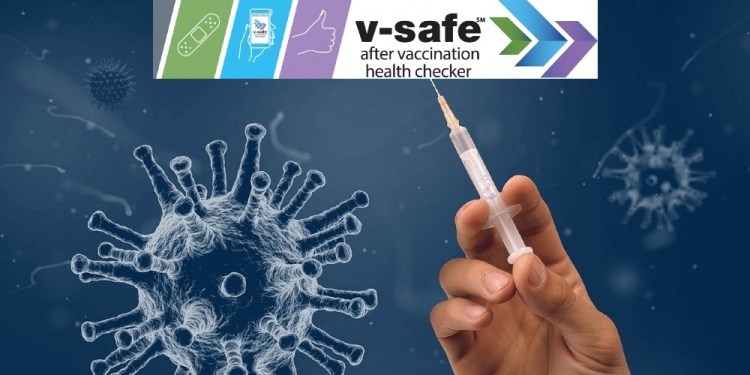 It’s a portal that allows Americans to report adverse reactions to vaccines. It has been the topic of many stories here as it shows currently around 11,000 deaths following the so-called Covid “vaccines.”

A lawsuit that we covered laid down the bombshell that a CDC whistleblower claims the actual post-vaccine death estimates from the CDC are around 45,000. This bit of information dominated conversations regarding the lawsuit, but there was an important gem also described that needs as much attention, if not more.

According to the lawsuit, the V-Safe database has much more data about vaccine adverse reactions than VAERS. It’s a mobile app that allows the tens of millions of vaxxed in America to easily report adverse reactions. As their website notes, “Use your smartphone to tell CDC about any side effects after getting the COVID-19 vaccine. You’ll also get reminders if you need a second vaccine dose.”

With VAERS data, one must proactively find the database and fill out a long questionnaire for their information to be registered. This is one of the reasons experts estimate between 1%-10% sampling; in other words, whatever the number of reactions are reported on VAERS should be multiplied by 10-100 in order to get a more accurate picture.

V-Safe is the opposite. Instead of making it difficult to report, it makes it very easy. Instead of being challenging to find (doctors have been told not to refer their patients to VAERS if they have a reaction), it is proactive and actually sends push notifications to the vaccinated to inquire about their conditions.  The CDC has built a vast repository of data that is smartphone-confirmed, meaning nobody’s sitting in their basement with a VPN making false reports. This is the most accurate recording of information about the adverse effects of Covid-19 vaccines.

And it’s locked away with cybersecurity protocols that would make the NSA sweat. Why?

The answer is obvious. They are very well aware that there are mountains of adverse reactions to the Covid-19 “vaccines” but if they reveal it, any of it, they will verify what countless doctors, scientists, and whistleblowers have been saying for month. They have a mission of injecting every American with the experimental drugs and any data that hurts their agenda is suppressed. It must be.