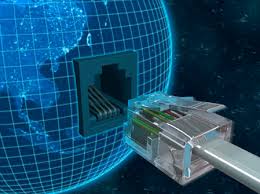 Hoping to harness the people power of online communication, the US State Department is providing $2 million in grants for the “Internet in a suitcase” to help dissidents circumvent repressive regimes’ Internet censorship with mobile Web technology.

The suitcase is part of the $70 million the US State Department will spend on Internet circumvention technology in 2011.

“It’s part of what Secretary Clinton calls a venture capitalist approach to the wide range of challenges that democracy and human rights activists face in Internet repressive environments around the world,” said Michael Posner, assistant secretary of state for the Bureau of Democracy, Human Rights and Labor during a July 13 event at the New America Foundation in Washington DC.

The suitcase is designed to give dissidents a mobile web with mesh technology that can run through cell phones and other devices, and that doesn’t have to travel through centralized servers that are easily shut down by governments.

“The suitcase is meant to give the illusion that you can run these electrical devices without going through national systems — and that may be true, but they will not be outside the US system,” Young said. “The price that you get for being empowered is that the United States gets to watch what you’re doing and probably influence what you’re doing.”

According to the hacker collective Anonymous, it isn’t just governments that are doing the spying. Anonymous released 70,000 classified emails from defense contractor HB Gary Federal detailing the ROMAS COIN program, designed to manipulate social media through persona management, in which one person can pretend to be many different people online.

“One of the most bizarre things to come out of the HBGary emails is persona management, which involves the use of software by which a single person can pretend to be several other people who they’re clearly not,” said Brown.

International outrage at the kidnapping of a self-declared lesbian blogger in Syria had real policy implications — until the blogger turned out to be a married American man living in Edinburgh, Tom MacMasters.

Young said there is also a contradiction between support for Internet freedom abroad and at home. David House of the Bradley Manning Support Network said his computer was seized and he was subpoenaed by the US Justice Department. British Prime Minister David Cameron proposed shutting down social media used by protesters during the riots in London.

The San Francisco Police Department’s decision to shut down cell phone service on the Bay Area Rapid Transit system during protests led some, like CNET Correspondent Declan McCullagh, to criticize its hypocrisy.

“It does leave the San Francisco government open to charges of hypocrisy. You can imagine the Egyptian government saying, ‘Well look, the United States does it too,” McCullagh said.

But Brown and others remain skeptical.

“The State Department may mean very well with this program. It might be just what they say it is — a way to bring a communication freedom to more people. But the problem is that no matter what their intent is, no matter what real solutions for Arab citizens there are, you still have the exact opposite of what’s occurring in the sphere of military policy and foreign policy,” Brown said.